Live Nation and Ticketmaster were hit with another round of Furloughs across its US venues and divisions. They are struggling to keep going in the middle of the pandemic. 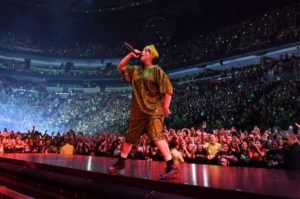 The world’s largest live-entertainment companies have been threatened since the very beginning of the COVID-19 and are making aggressive moves to maintain their employees safe since hundreds of them have been affected by the cost-reduction measures. As a result, an estimated 2,100 workers across their multiple divisions had been forced to reduce costs by $600m as live events are still inactive. Revenue was down by a staggering 98% from year-to-year, from $3.2 billion to $74 million, as shown by the company in their latest earnings reports.

In an attempt to save the business, Ticketmaster will combine its North America and International teams to become one big world entity with Jared Smith as the chairman of the merged operation.

Live Nation is reportedly talking about returning in spring with outdoor concerts in 40 countries. Moreover, as they have big hopes on the vaccine success, they count on a live-shows comeback before spring depending on the market, the territory, and the fans’ attitude towards the virus situation. This month’s earnings report demonstrated the desire of fans to attend concerts shortly since 86% of the buyers have chosen to keep their tickets for rescheduled dates instead of asking for refunds.

Thanks for reading this article “New Wave of Furloughs strikes Live Nation and Ticketmaster”. For more Entertainment news, click here.