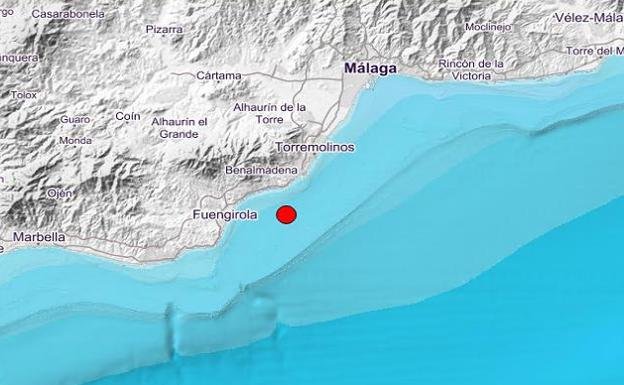 An earthquake shook just off the Coasta del Sol coastline was felt in Mijas, Fuengirola, Benalmádena and Torremolinos on Friday evening at 10:07pm

In details released by the National Geographic Institute (IGN), the earthquake was a magnitude of 4.1.

The epic centre of the quake was registered as occurring approximately five kilometres off the coast at around a depth of 60 kilometres below the waterline.

It is said that local residents in Mijas, Fuengirola, Benalmádena and Torremolinos felt the tremor which hit on Friday night, however there no damage caused.

There have been a number of quakes felt across Spain in recent weeks ranging in intensity and location.

On Tuesday an earthquake with a magnitude of 3.6 hit Murcia. The epicentre of the earthquake was in Cabo de Palos, Cartagena, in the region of Murcia, which according to the data was at a depth of 10km.

And last Sunday, numerous earthquakes were felt in Pamplona. The epicentre of the quakes was been identified by the National Geographic Institute as Lizoain. Three sequential quakes were felt, each with increasing force seeing books fall off shelves and furniture moving around residents’ homes. Thankfully there were no casualties.