More than 400 young people were arrested in the town of Tafalla, Navarre, after taking part in an illegal street party.

Local Police of Tafalla together with the Provincial Police last night arrested more than 400 young people who congregated in the streets Mayor and Cuatro Esquinas of the town last night.

The party was held to celebrate their summer holidays, suspended due to the Covid-19 pandemic. The large police operation was carried out at 0.30 am this morning and was carried out surprisingly “without any incident,” as reported by the Tafalla Local Police through its Twitter profile.

The City Council of Tafalla had decided earlier this year not to organize, participate or authorise the celebration of any act or show for the event of the patron saint festivities.

Among the measures the council adopted were the ‘no parties’ rule, it has suspended so-called ‘gambling dens’. No street celebrations, social gatherings, bottles, lunches, gastronomic meetings, private parties or the like in public spaces are authorised. 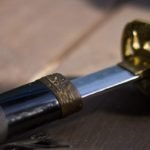