JACOB Sharp weighed 165 kilos two years ago before shedding a staggering 70 kilos. A new-found passion for boxing and sheer determination has literally transformed his whole life.

“I was fat from a kid, I grew up obese,” the 27-year-old, who lives on the Costa Blanca exclusively told Euro Weekly News.

“I was so shy and wouldn’t have my picture taken. I ate, was lazy and never had any energy. I couldn’t do anything and everything was a chore.”

Londoner Jacob admits at his heaviest he had a 56-inch waist and at 6ft 3 inches, could only buy clothes for large men online.

“I knew I had to do something. I tried going to the gym and dieting but nothing happened, I didn’t lose any weight.


“Then I started boxing in January 2018 and forgot about dieting. I just concentrated on the boxing and the weight literally fell off. I was training two hours a day for two years solid.

“I found a love for boxing, it’s something I really enjoy and my weight dropped to 95 kilos.”


Little did Jacob know that this would be a massive turning point in his life. As his body shape altered, so did his mindset and life goals.

With a natural flair for the sport, Jacob – who has deliberately bulked up to 110 kilos – set his sights on competing in the ring and already has two wins under his belt.

The heavyweight added: “I’m now aiming for regionals. I’ve been offered to turn professional but if I do it now, I won’t be able to compete in the Olympics or anything.

“I would rather achieve something before I go professional. It’s very much a business, and I want to get more enjoyment out of it before going too serious.”

In just two years, Jacob has already sparred with the top 10 heavyweight boxers, including Artur Szpiika, a Polish professional boxer who challenged once for the WBC heavyweight title against Deontay Wilder in 2016.

A major turning point for Jacob came in September 2019 when he met Ilko Kirimov.

“He was training for the Valencia championships and needed someone to spar with. He came to Vista Gym in La Nucia where I train to use me for sparring and beat me black and blue.

“After that he won the championship and I said to myself ‘I’m going to beat this guy’. I trained hard and put my name down for a fight in Benidorm and he did too, thinking he could beat me. But he didn’t, I beat him.

“After that I knew I could do anything.”

“I want to win the Communidad Valencia, then the regionals and see what’s next, it could be Spain. It depends on whether or not I can get the fights.

Jacob, who now coaches others, added: “I have met so many new friends through boxing, my whole life has changed. I found myself lonely in Spain after a hard time personally.

“While I was boxing, that was all I thought about. It gave me something to focus on so has helped me in many ways.” 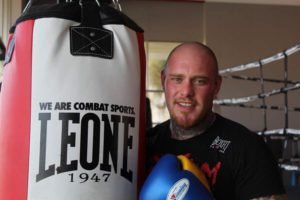 Hollywood actor Jeff Bridges has been diagnosed with Lymphoma