Death pits in Spain have been discovered and dug up in the village of La Rioja.

DEATH pits have been discovered in the small village in of La Rioja in northern Spain, revealing at least 100 tombs and skeletons.

Known as necropolis tombs, with the name coming from Ancient Greece’s ‘city of the dead,’ experts feel the mass independent graves date back to the Late Antiquity period and the Early Middle Ages when it was known people were simply buried in ditches with their possessions.

Director of the project, and archaeologist Luis Villanueva, 49, said that in 2013, a previous exploration was carried out and eight tombs were discovered, “and the necropolis was defined.”

Villanueva said: “The tombs are oriented from east to west. Two phases of burial are quite well differentiated.”

He further added: “They are classic Christian tombs, with the head to the west, facing east. Most are buried in simple pits and covered with stone slabs.”


Since the discovery of exactly 103 skeletons all in individual graves, the small village of La Rioja has been inundated by visitors wishing to view the remains in position before they are removed for further studies.

Whilst the actual site has been bordered off, travellers to the scene can watch from a nearby bridge that has been full of spectators each day as the dig continues. 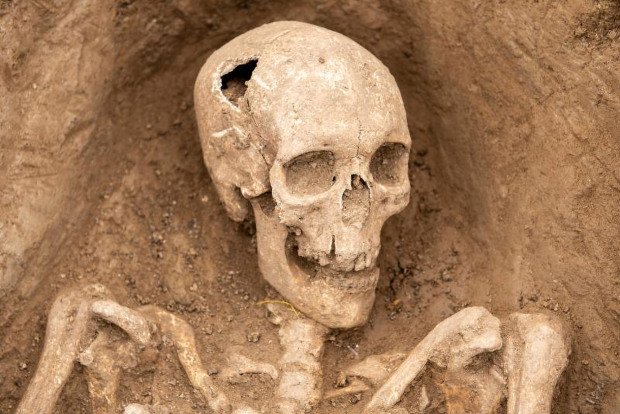