The huge fire ripped through the holiday park destroying caravans and cars as owners watch beloved family homes explode in fireballs. The cause of the blaze is not yet known.

Fire crews rushed to the scene and spent more than three hours tackling the inferno, which sent thick black smoke billowing into the air that was visible for miles around.

Aerial pictures taken show the blackened and charred remains of a row of caravans which were gutted by the blaze. Residents of the park say they have been left “heartbroken” after losing their homes, some of which were worth €50,000 euros or more.

Carlos Gomez said he was “devastated” he had lost items in the fire which reminded him of his dead brother. He added: “I’m devastated, I saw a video of them blowing up – mine’s definitely gone. I feel particularly sorry for the owners, they’re wonderful people.” 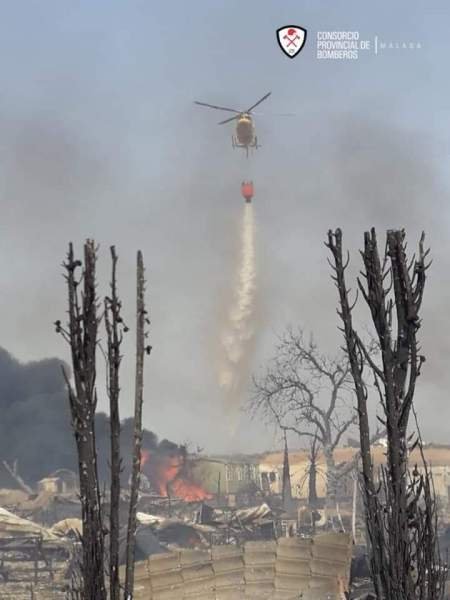 One woman said her caravan, which she used for holidays, had been in the family “for generations”. She said: “It’s all we could afford, but it was all we needed- my husband and I and our two little dogs. “We live in the area and got a message from a relative this morning, warning us there was a fire. We watched helplessly as helicopters sprayed the park with red fire-retardant liquid, I lost count how many times they came back- the fire just destroyed everything in its path, I’m heartbroken”.

Luckily so far there are no reports of any injuries, after the massive explosion took place, apart from smoke inhalation for which people were treated at the scene by medics. More news later as information becomes available. An investigation into the cause of the blaze has now begun.

World News
India announces bill to ban cryptocurrencies. The proposal to prohibit all private cryptocurrencies will be presented to parliament at the winter session starting November 29.INDIA...