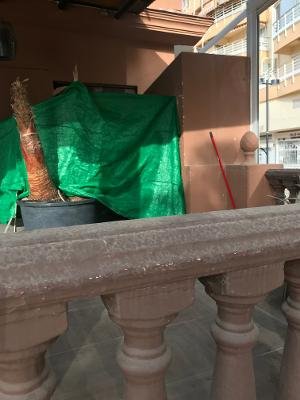 As the economy nosedives on Spain’s Costa del Sol some British nationals are preferring to be homeless in Spain, rather than returning home to have a roof over their head.

Homelessness figures are on the rise on Spain’s Costa del Sol after the Coronavirus pandemic, followed by restrictions on travellers to the region by other countries, has decimated the tourism industry.

British nationals, who have for years worked the tourist markets, are now finding themselves with no employment at all in any tourist sectors such as hospitality.

Now British nationals are being forced to give up their rented homes as they fall behind with rental payments and turn to the street rather than return home.

Whilst homelessness is not rare on the streets of Spain’s Costa del Sol, as often Spanish and Morrocan beggers can be seen outside supermarkets plying their trade and sleeping at night under dry river beds, the British are now joining them.


Many of the new waves of British homeless do have a roof over their head if they return home, but are prepared to stick it out on the streets in the hope of recovery sometime soon.

Darren Charles, who could return to Swindon, to live with family, told the Euro Weekly News of his current plight but how he’s prepared to ride it out on the streets until the economy bounces back.

“I just don’t wish to return to the doom and gloom of British life, I’d rather set up home on the street than return home, normally work is easy to find here, I’m a jack of all trades really, cook, waitering, bar work and even sing, but the work has really dried up at the moment and I couldn’t get a sniff, I couldn’t afford my apartment anymore so had no choice to give it up”

“I was faced with going back to Swindon or staying, my mother offered to send me the flight money but I thought I’d try and stick it out and have set up home on the street, it’s actually not that bad at all and I’m glad I made the choice”

“I know it may take up to next year to get fully back into work, but life living “rough” I’m treating as an experience of life and it really isn’t that bad”

“I screen off a spot I have found, I do have a two-man tent and I have shower facilities nearby on the beach, life’s not that bad actually,” he said.

“It beats going back to dreary old Swindon, that’s for sure Britain’s gone to the dogs – I’ll do anything within reason to not go back”

It’s not just Darren either with the stay away from home sentiment, Gavin Williams originally from the Welsh valleys in Porth, Sout Wales, prefers the streets of Spain.

Gavin has not had any work for other 6 months now since the pandemic, as the entertainment industry has run dry on the coast leaving hundreds without work. Gavin a Tom Jones impersonator who normally sings in hotel bars all over the coast refuses to give up despite losing his lavish apartment in Torrox an hour north from Malaga airport.

“I haven’t had work for 6 months now, I had a luxury apartment down in Torrox but had no choice to give it up, I was making 300 euros a night performing in the hotels but hardly of them are open now, whilst before I was working 7 nights a week, something had to give, I know gigs will come back, so, for now, I just live in the back of my van, I’ve made it quite a little home, I travel around still looking for work but it’s sparse, those getting it are the more long-standing singers, they have moved from hotels to bar work as some more popular venues are still offering entertainment.”

“I did think about going back to Wales for a bit, but I am glad I haven’t, I thought at least I would have a proper place to stay, offered by my sister, but then looked at the situation at home and thought let’s stick it out here”

“At least I’ll be in a position for the work if I stay, and it’s not like there’s much to offer in the UK anyway at the moment – everyone’s getting made redundant anyway”

“It’s not just me either, I know of at least 10 other entertainers either sofa surfing or sticking it out in “non-conventional ” accommodation.” he finished.

Homeless shelters are too reporting a high rise of British users, who report of increases of up to 65% – the shelters that offer a roof at night and something to eat are open to all nationalities but its the number of Brit’s that are on the increase in the main.

Jean Stallings, a volunteer worker tells how the British numbers are on the increase and why:

” The harsh fact is because it’s the British who are finding it the hardest to find unemployment at present and also got less support from the government as they work as self-employed, whereas the Spanish are on full contracts that are and were supported by the Erte system.”

“It’s no problem, the British are actually less problematic because they are here for a roof over their head whilst others are here due to drink and drug society issues more than just being homeless”