the art of publishing
More
Home News Spain’s Ex King Juan Carlos Reported To Be Hiding Out In Portugal... 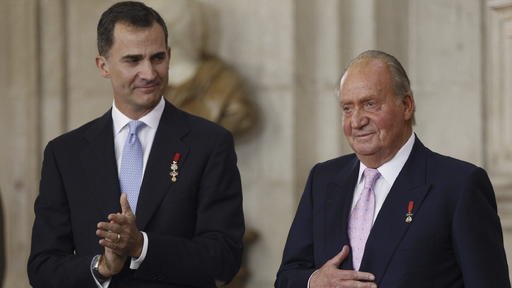 Spain’s disgraced former King, currently under the spotlight in Spain for bribes scandals and embezzling funds, is reported to be staking out in Portugal rather than previously reported the Dominion Republic.

Private investigator, Mark Tyler feels he has tracked the former King to the town of Azeitao, 18 miles south of the capital Lisbon.

Tyler, who is on a finders fee for many National Spanish and British main newspapers, claims he has tracked down the former king to Quinta do Peru, country and golf resort.

“This is the location where the former king is lying low” claimed Tyler “He outfoxed everyone making out he was going to the Dominion Republic, yes a private jet flew to Portugal carrying Carlos and then continued to the Caribbean, but he got off and is staying here whilst the dust settles”

“All I need now is a snap and I can collect my bounty fees,” Tyler told exclusively to the Euro Weekly News although he didn’t wish to comment on the numbers involved on the bounty as it’s known in the investigation industry.


The former king spent a lot of time in the region in his youth whilst officials of the Dominion Republic are denying the former King ever arrived.

A spokesman in the Republic told the world’s media: the king’s last stay in the country was between Feb. 28 and March 2 and they had no information about a new arrival.


“He’s definitely here, local intelligence from the Country resort staff is that security has been ramped up and he’s staying with the Brito e Cunha-Espirito Santo family on the resort, he has always maintained a friendship with them since he exiled in Portugal when Franco was in power” Tyler finished.