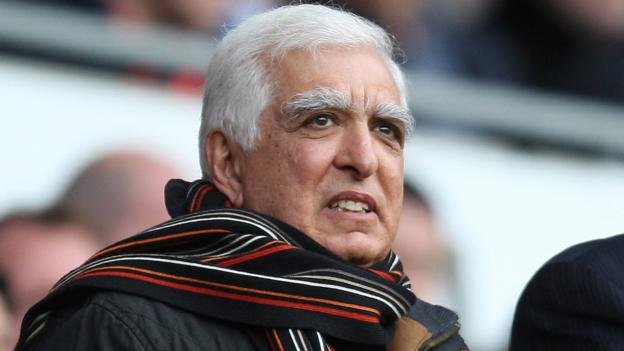 Sam Hamman speaks exclusively to Spain’s Euro Weekly News in regards to the Lebanese explosion and his whereabouts when his home city rocked.

The billionaire businessman with global interests covering London, New York and Lebanon itself, told where he was when the explosion took place:

“I was at a friend’s house, five miles from where the explosion took place, we were actually playing poker.”

“We were sat around the table, concentrating on the game, when from nowhere, we heard the explosion, ducked and within seconds all the windows on the house blew in and the front door blasted open.

“The front door was totally blown off its hinges as it blew right through the hallway – it was a thick solid oak door too.


“As for us men, we were in the poker room, as soon as the debris stopped, we raced to another room at the back of the friend’s house where our wives were, including my wife Nadia, we were so relieved to see they were all uninjured, just suffering from shock, it was an awful experience.”

The very proud businessman of his home country choked back on tears as he said how it’s affected over 100,000 fellow residents of Beirut:

“Our country is in very poor shape right now and this is the last thing we needed unless you have private generators at present, things are that bad you only get 10 hours of electric per day, the sewerage goes straight to the river, times are tough for many but we are Lebanese – we are fighters.

“When matters calmed down, Nadia and I travelled back to our home which is further out from where the explosion took place, around 15 miles, we were very relieved to see our home was still intact apart from shrapnel damage.”

Sam went onto to explain how he’s had to relocate family members who had their homes destroyed:

“Two family members had their homes destroyed in the blast, I have arranged for them to move into two of my properties further out of the city, they are distraught at losing their homes of many years, we are just so thankful they survived the blast.”

Football mad Hamman, who still thrives for the game and especially his love of Cardiff City Football Club to which he still regards as his own quipped “despite the horrendous actions of yesterday, I still got to sit and watch the Fulham game, they played well.”

Sam then said how he’s thinking of moving back to his home in London:

“I’m thinking of returning to my London home at present until matters improve here, but I will never desert my home city, I’m a very proud Lebanese man and proud of my heritage.

“I also still want my football club back, Cardiff City and that will happen one day I assure you baby.”

We thanked Sam for his exclusive interview and wished his family well to which he ended with “See you b@strds in Mallorca next year – it’s our 50th wedding anniversary and it’s where we got married, don’t be late!” he laughed.