With Jet2 flight cancellations and the UK’s 14 quarantine in place, Malaga Airport looks deserted and barren- people are asking “How long can it survive like this and what is it doing to the economy?”

These latest photographs a few hours ago at one of Spain’s busiest airports paint a grim picture of what may become the ‘norm’ for the future of the tourism industry for what was once Europes favourite number one destination. Normally, at this time of year, Malaga airport is teaming with arrivals, all full of smiles as excited passengers appear at the exit and take their first breath of the warm Spanish air.

It’s a simple equation, no tourists=no economy. For years it was thought that if tourists stopped coming here it would not make a massive difference as the home market would counter the void left by holidaymakers- this we now know for sure this is not the case. 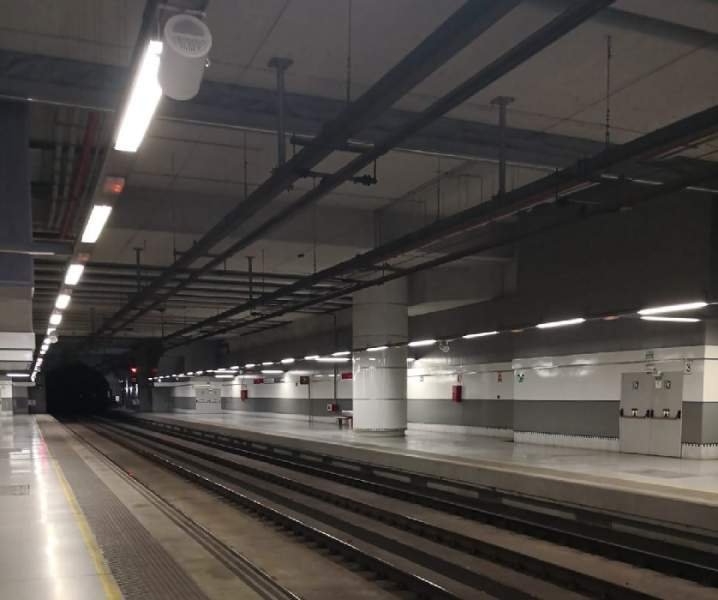 The railway line at the airport was completely deserted tonight, when will this nightmare end? photo: EWN

The answer it seems depends on a vaccine being developed for the virus before Christmas, a quick shot in the arm and its all over- or is it? Only time will tell, over 40 trials are going on at the present time and winter is fast approaching with added complications of the flu season.

The Spanish government is in talks every day with their British counterparts demanding an end to the quarantine rules that are killing the economy here. We will all have to wait until the outbreaks in the North of Spain are contained, which they will be but may take a few more weeks. The EU sliced up billions of euros in aid a few weeks ago and Spain has a large slice of that but its hospitality and tourism sector that needs urgent help- only a resumption of flights to Spain will deliver that much-needed boost.