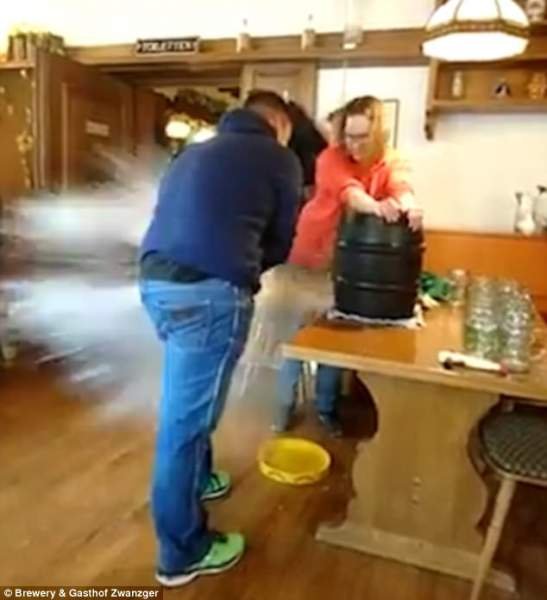 SERIOUSLY high temperatures normally associated with more inland regions in Spain in August struck Spain’s Costa del Sol yesterday as temperatures along the coast hit between 43-46 degrees at the highest points of the day with the evening still recording an astonishing 35 degrees.

The intense heat caused havoc on Spain’s iconic coastline as emergency services dashed from one instance to another, time after time.

As residents and the few holidaymakers that are left on the coast, dropped like flies, suffering heatstroke – ambulance crews were at full stretch, calls to the emergency services were at one stage, one call per every seven minutes.

An ambulance driver, Sebastian Gomez, on duty yesterday, told how he finished his shift at midnight and had been run ragged all day, he told the Euro Weekly News:

“That was one hell of a shift, I didn’t stop, It was call after call, I have never known anything like it, heatstroke victims were in the hundreds, in fact, I would have to go to say the number of calls for heatstroke neared a thousand between our crews, it was flat out all-day and right through to midnight.


“At one stage all ambulances were on the limit in Fuengirola – every crew was out, we had to prioritise the calls, depending on the seriousness of the job.

“I’m certainly going to enjoy my day off tomorrow, that’s for sure!” he said as he headed home.

Later in the evening, it was the turn of the fire emergency services as several fires broke out across the coast, Costa del Sol skies were full of both seaplanes and helicopters collecting water from the sea and lakes as they battled to contain several fires, the worst being near the lakes in San Pedro as smoke plumed into the evening skies.

Fire services battled to contain the blazing fires, mostly caused by the grass and mountains being so dry and soon igniting, one fireman told how a simple discarded bottle – brought about a fire:

“One fire we attended at the hills in Torreblanca, was caused due to a discarded bottle lying on the grass, the intense sunshine turned the empty bottle into an ignition starter of fire, the grass soon caught alight but thankfully it was in a rural area away from homes, although it was near the AP7 motorway bridge and the concern was the smoke would billow onto the motorway causing accidents, thanks to an early report from a local walker we were able to contain the fire quickly without having to call the air services in from Malaga.”

Meanwhile, it wasn’t just emergency services having meltdown issues – beer barrels were a big problem for many bar owners as the heat took hold. Mark Sutherland at the Luna bar in Fuengirola, whilst having a packed front of house as diners and thirsty punters poured in, suffered his barrels going out of action due to the intensity of the heat as beer exploded across his cellar.

Sweaty Sutherland said: “I’ve never known anything like it and the draught beer exploded at the wrong time, right when I had a packed bar, both barrels blew at the same time, the temperature just got too hot, thankfully I got some advice from a pal who experienced the same thing a few years ago when he owned Sam’s Bar and I packed and packed the barrel valves with ice but, it was so hot the ice melted within 10 minutes.”

“Thankfully, I always back up with a good stock of bottled beer, but it was a battle to keep that cool as the fridges were doing overtime fighting the heat.”

Scott Forsyth, a bar owner in Marbella had his own issues as his glass top tables started exploding, he told the Euro Weekly News:

“Around 2pm my outside tables started to crack and then shatter, glass was flying everywhere as the glass tops couldn’t take the heat, we had to pull them in for safety, the tops were red red hot, it was incredible, at first I thought someone had dropped a glass the sound was that loud then I realised it was my tables “going off” – luckily I had some wicker ones out the back, but with all the regulations they were far harder to wipe down, hence I was using glass-topped tables, I will be calling my supplier this morning because this is a safety issue.”

Website ‘chat operator’ Danny Lopez who runs a phone and laptop fixing service was bombarded with chats as mobile phones and laptops gave up the ghost.

“There’s going to be a lot of insurance claims today, I took hundreds of calls from users of mobiles and laptops that stopped working yesterday, please remember these devices are not built for sustained heat, yesterday was a nightmare,” he warned.

The heatwave continues today with again severe warnings issued but citizens on the coast will get some relief as rain on Tuesday will cool off the area.

Jayne Addington said: “I can see me dancing in the streets tomorrow, rain is very welcome right now, well for a day at least,” she laughed as she took her morning coffee.