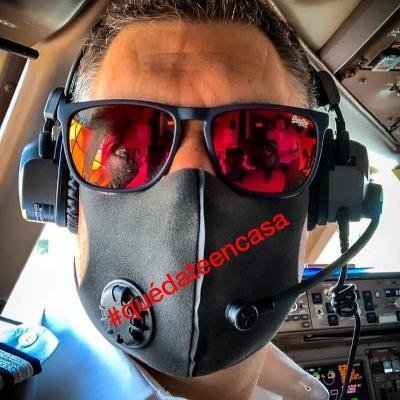 Captain Dawkins who flies for British Airways and was one of the hero pilots flying medical supplies constantly into the UK during the pandemic, whilst his wife and children locked down in Fuengirola on the Costa del Sol was amazed yesterday as he travelled for his next flight out to St Lucia.

The Captain who’s had at last sometime back with his family, after once getting “so near but so far” as he flew into Gibraltar, to have his hopes dashed of getting home due to passengers being refused entry to Spain and having to fly back out again, was back in London and returning to duties after a well-earned break.

Dawkins caused great humour to his mass of new followers on Social media, due to the exposure of his pandemic heroics, as he boarded the tube.

The Captain posted: “Fun tube ride today – managed to isolate in my own carriage most of the way” which brought a witty reply from a fellow flier about to disembark at Gatwick after flying in from Alicante


Whilst Rosemary Merkell questioned: ” Have you smelly armpits?” to which the Captain replied “Just took my shoes off”

Hundreds of Dawkins new fan club laughed at the reply although he was questioned on his aroma.

Dawkins is now halfway through his flight and we hope for his passenger’s sake he’s got his odour eaters on!