the art of publishing
More
Home News Blood runs into the streets of Costa Blanca as Muslims start lamb... 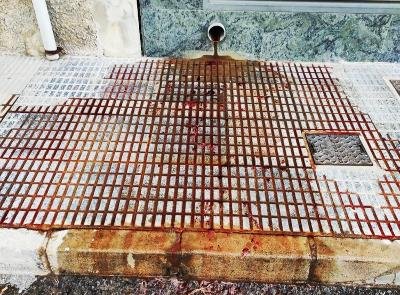 Police had to intervene as Muslims on the Costa Blanca decided to slaughter a lamb in a residential block of flats.

The Muslims took the lamb to the communal area of the apartment block before slitting its throat in line with tradition before blood gushed onto the streets causing great distress to residents.

The ritual took place during  “Festival of the lamb” a big Muslim tradition and although it’s not illegal the art of slaughtering a lamb comes with many regulations in Spain, including not allowed in communal space and specific hygiene regulations followed.

The slaughter of the lamb took place in Almoradi on the Costa Blanca and after residents saw the blood gushing out onto the streets, called the police who quickly arrived on the scene to remove the slaughtered animal and denounced the Muslim participants on the spot.


“I was walking through the town and all of a sudden blood poured out of an overflow pipe flooding the pavement and road in thick blood – I called the police straight away fearing the worst, the police arrived within 10 minutes and entered the apartment block, they looked apprehensive to what they may find, it was a lot of blood, shortly afterwards two officers came out carrying a dead lamb with its throat slit wide open”

“It was disgusting, totally disgusting, I’m not a racist person at all, but Muslims shouldn’t be doing this in public places, we don’t want to see this,” he said.

Meanwhile, the Spanish Mayor of the town has made a statement on the incident, Mayor Maria Gomez said: “We have already issued a statement that it is prohibited to slaughter animals in homes and common areas, especially this year in which it is so important to comply with sanitary measures, so we are going to be very hard with the infractions that we detect in this regard.”

Although an animal campaigner in the town who didn’t wish to be named in fear of reprisals said: “Killing livestock in this manner is brutal and disgusting and should be outlawed in Spain and hopefully across the world, there have to be far more humane ways if you really need to kill a live animal, not that I agree with that either.”