Lawyers acting on behalf of Ghislaine Maxell lost their bid to keep the damming evidence under wraps and now the papers have been unsealed.

MAXWELL, a longtime confidant to Jeffrey Epstein, was recently arrested in New Hampshire by federal authorities for allegedly participating in Epstein’s sex trafficking schemes. Prosecutors say the 58-year-old used former members of the British military as security guards. They said FBI agents had to force their way into the mansion on the day she was arrested after she refused to open the door, then fled to another room in the house. 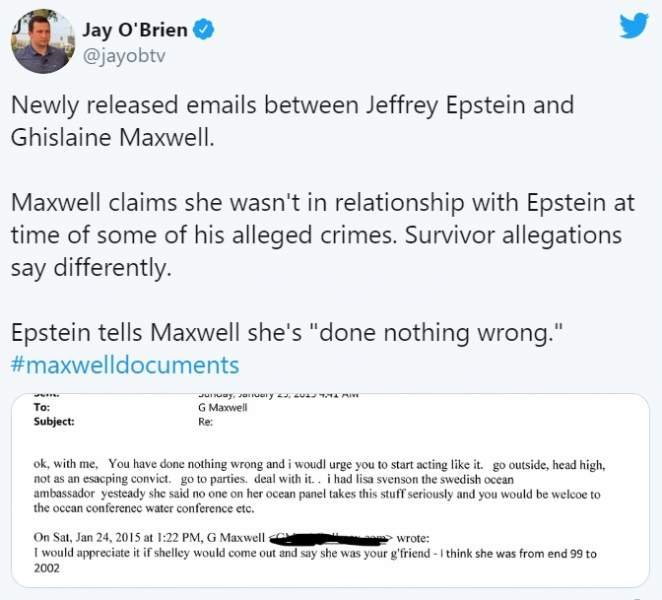 The documents include flight logs from Epstein’s private jets and police reports from Palm Beach, where Epstein had a home, among other documents. There’s a reference to a young woman who was forced to have sex with a “powerful individual” whose name is redacted.

Many documents, in this case, have been subject to an intense legal battle. Maxwell’s attorneys in the civil suit had argued to keep many records under seal, maintaining previously that “this series of pleadings concerns [attempts] to compel Ms Maxwell to answer intrusive questions about her sex life.” The documents, they argued, are “extremely personal, confidential and subject to considerable abuse by the media.”

Manhattan federal court judge Loretta Preska ruled on July 23 to unseal them, however, saying: “The court finds that the countervailing interests identified fail to rebut the presumption of public access.”

The case continues, expect more explosive facts to be revealed in the coming days.