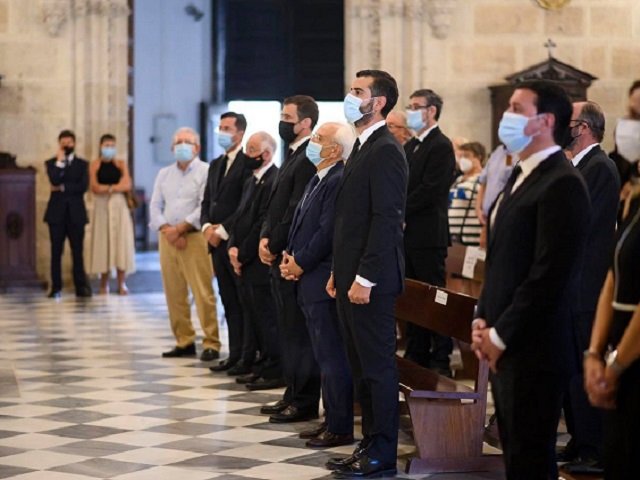 ALMERIA city’s cathedral was the setting on Wednesday evening for a moving funeral mass for the 53 people in the province who have lost their lives to Covid-19.

Bishop Adolfo Gonzalez Montes presided over the celebration of the Eucharist in a service attended by many of Almeria’s dignitaries, among them local, provincial, regional and national politicians and representatives from the police, Guardia Civil, the army and the navy.

Also present were members of the victims’ families.

“They are a lot of victims, but even if it had only been one we would have been here”, the Almeria provincial council president Javier A. Garcia told Spanish press.

“More than ever we are with the 53 victims who could not overcome Covid-19 and their families, in their memory and in their honour”, commented Junta de Andalucia provincial delegate Maribel Sanchez.

“That is serves so we never forget that this society can fight against any pandemic, and the one we still have, so not one more life is lost.”

Almeria city Mayor Ramon Fernandez-Pacheco described the ceremony as a “sign of respect and mourning for the people who have lost their lives in this pandemic, as well as for their families and their loved ones, and for those who are ill and fighting against the virus in the hospitals and at home.”

The religious act was also for “all those people who have lost their businesses and jobs and who have been hammered by this crisis, with the hope we will regain the normality we enjoyed before as soon as possible”, the Mayor added.