the art of publishing
More
Home News Meghan and Harry ‘should be exiled from royals’ – Outrage as ‘Bombshell... 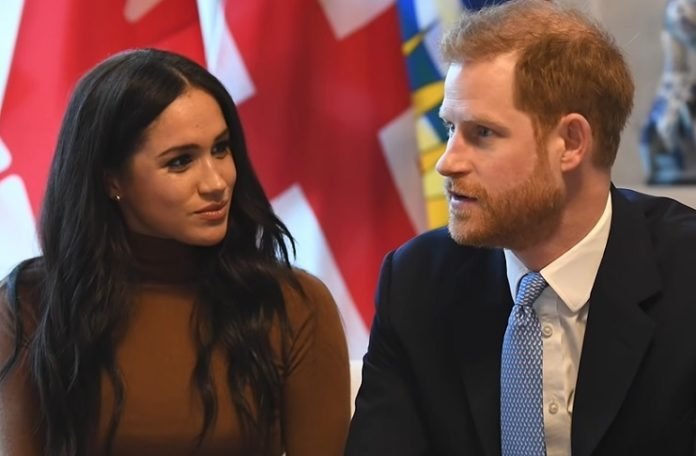 Meghan Markle and Prince Harry should be exiled from Royal life say the majority of people who found the public rift disrespectful to the Queen and the Royal Family.

THE controversial bombshell biography ‘Finding Freedom‘ enraged the majority of people who found the public rift disrespectful to the Queen and the Royal Family, according to a recent poll. It revealed that four in 10 Brits believe Harry and Meghan should be permanently exiled from the Royal Family.

The general popularity of the royals has already taken a severe battering in light of the scandal involving Prince Andrew’s relationship with convicted sex abuser Jeffrey Epstein, only to be later compounded by Harry and Meghan’s decision to leave their royal roles.

It all started here…

Earlier this year, and after lengthy Buckingham Palace talks, the Queen and senior officials ruled Prince Harry and Meghan Markle could not use the word ‘Royal’ in their new roles as they step back from royal duties to start a new life in Canada.


In an unprecedented move, the Queen brought in top lawyers to block it and to outline the case in UK law banning the use of the word ‘Royal’ for financial gain.

In an extraordinary statement posted on their Sussex Royal website, the couple accepted they would ditch the branding from the end of next month, but said neither the Queen nor the government-owned the word ‘royal’ across the world.

The statement read: “While The Duke and Duchess are focused on plans to establish a new non-profit organisation, given the specific UK government rules surrounding the use of the word Royal, it has been therefore agreed that their non-profit organisation when it is announced this spring, will not be named Sussex Royal Foundation.

“While there is not any jurisdiction by The Monarchy or Cabinet Office over the use of the word ‘Royal’ overseas, the Duke and Duchess of Sussex do not intend to use ‘SussexRoyal’ in any territory post Spring 2020.”

What do you think? do you agree with the poll and want the Sussexes out of the Royal Family completely?

Let us know your opinion!