the art of publishing
More
Home News Italy News WATCH: Pink Floyd performing in Venice on this day in 1989 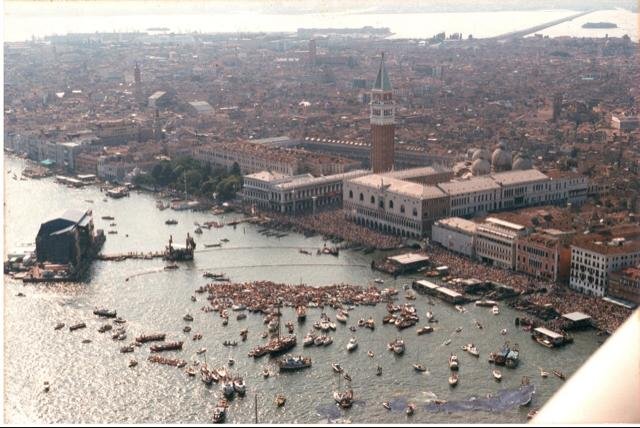 Iconic rock band Pink Floyd played one of their most memorable concerts in Venice on July 15, 1989.

On a vast floating stage in the lagoon, just off St Mark’s Square, they played a spellbinding set, aided by the breathtaking location. A crowd of some 200,000 poured into Venice to see the concert.

However, the concert made history for more than just the music. With few services provided by the council, including toilets, the concert left rubbish and destruction in its wake. Venetian residents, angered at stunts such as concert-goers urinating on ancient monuments, called for the then mayor Antonio Casellati to resign, which he duly did alongside all the other city council members.

Although Venetians hope their city can begin to live off more than just tourism, it seems rock concerts aren’t quite suited to the fragile city.