A Ryanair flight had to be diverted to Stansted Airport last night after a note was found claiming there were ‘explosives on board.’

FLIGHT FR1902 was due to fly from Krakow, Poland to Dublin but was diverted by Eurofighter Typhoons after pilots raised the alarm. The flight was then forced into landing at Stansted, where it landed safely at around 6.40pm. It has now been revealed the flight was diverted because a note was discovered in one of the toilets that explosives were on board. 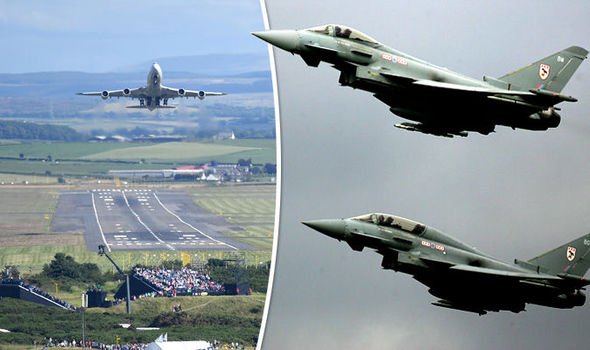 This led the captain to send out the distress call, with fighter jets soon flying in from a Lincolnshire RAF base. All passengers that were on the flight are currently being checked by the UK police who will then determine when the rest of the journey can resume. Police have said that two men were arrested and are in custody, details to follow.

“A Ryanair flight from Krakow to Dublin this evening (July 13) discovered a note in one of the toilets claiming that there were explosives on board. The captain followed procedure by alerting the UK authorities and diverted to the nearest airport (Stansted) where the plane landed normally but was taxied to a remote stand where passengers disembarked safely.

“The aircraft and passengers are being checked by the UK police who will decide when they may travel onwards to Dublin on a spare aircraft.”

Costa Blanca North
JAVEA’S Policia Local were required to take action 9,083 times during 2021.This was 10 per cent more than during the previous year, revealed the...