Special forces and helicopters are involved in a huge manhunt in Germany on the lookout for a camouflage-wearing crossbow maniac who overpowered four police officers then went on the run in the forest.

IT is understood that special forces and helicopters are being used in a huge manhunt for a camouflage-wearing crossbow maniac who disarmed four officers at gunpoint in Germany. 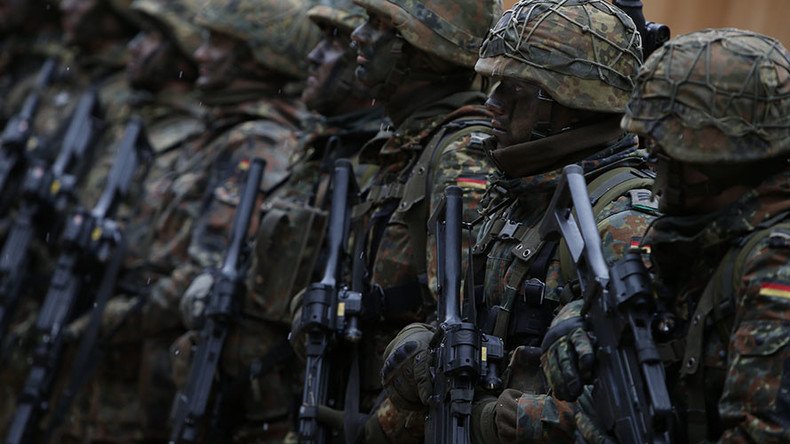 Over 100 officers are combing Germany’s Black Forest with the help of special forces, helicopters and sniffer dogs as the search entered its second day. Police in Oppenau, in south-western Germany, warned local residents to stay at home and not pick up any hitchhikers. Unusually, authorities named the suspect as Yves Etienne Rausch, 31, warning that he is carrying several firearms and known to be violent.

It all started on Sunday morning when police responded to calls that a suspicious man was hanging around a hut in the forest. Four officers were dispatched to the scene, the suspect apparently cooperated with officers when first approached, ‘suddenly and completely unexpectedly’ he threatened them with a firearm, leaving them ‘no time to react to the dangerous situation,’ police said.

The man then demanded the officers hand over their weapons before running away, ‘presumably’ taking their firearms with him. The search is ongoing, please check back later for any updates.