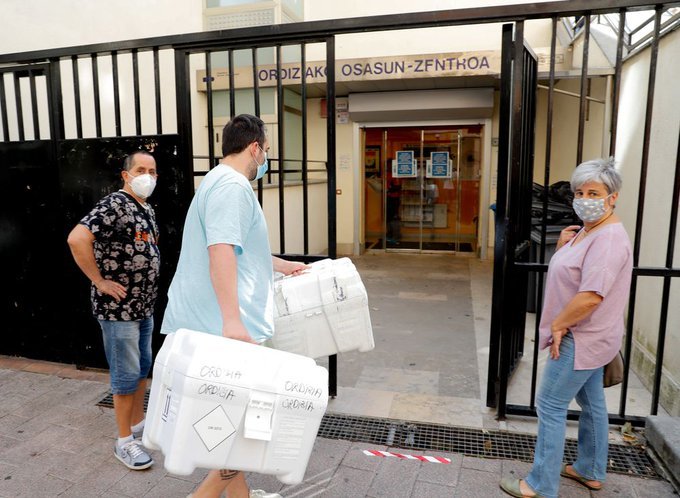 The Basque Government has announced that around 200 people who have tested positive for coronavirus will not be able to vote in the upcoming local elections on July 12. The same was stated by the Health Minister in Galicia, Jesús Vázquez Almuiña, who said that anyone with symptoms could not go to vote.

In the Basque Country, anyone who has been sent for testing and it still awaiting results, will not be able to vote either. Around 500 people who have received a negative result through PCR testing, will be able to attend the polling station, as long as they comply with safety measures.

Last weekend, an outbreak of coronavirus was detected in Ordizia in the Basque Country and so far totals 69 infections. The Mayor of Ordizia declared that is unsure that the “right to vote” of the town residents is guaranteed, while the Basque president, the Lehendakari, Iñigo Urkullu, on the other hand, contradicts the mayor and assures citizens they will be able to vote on Sunday.

In Galicia, the Minister of Health, Jesús Vázquez Almuiña, stressed on Friday that people who “have symptoms cannot go to vote” on Sunday. He also encouraged people to attend the polling stations safely by following guidelines concerning hand washing and the use of masks.