the art of publishing
More
Home News The Duke of Sussex – Is he now Harry the Horrible?

IN a familiar ‘Sussex rant’ Piers Morgan lashed out over Prince Harry and Meghan Markle ‘attacking the Queen’ during an episode of Good Morning Britain recently, is the Duke really in a privileged position, and what is the public perception of Harry now?

Prince Harry lost his mother, Princess Diana, at the age of 12 when she was tragically killed in a car crash in France, but then so did thousands of other people around the world!

In the past, the Duke of Sussex has discussed how he spent 20 years not thinking of his mother and how that caused “total chaos” in his life. The Prince recently revealed he has been in therapy for around seven years to help him through the “trauma” of losing his mum Princess Diana – but was that enough reason to abandon his royal birthright and if so why didn’t Prince William react in the same way? The press loved the story, but the public despised him and Megan for it.

The Prince and his Rastafari drug habit


Prince Harry was taken to a drug rehabilitation clinic for a day after Prince Charles discovered he had been regularly smoking cannabis and drinking alcohol. The prince, 16 at the time, had been confronted by Prince Charles, who then arranged a visit to Featherstone Lodge, a detox centre for heroin addicts in Peckham, south London.

Royal sources confirmed that Harry had confessed to ‘experimenting’ with cannabis on several occasions at his father’s Highgrove home and drinking to excess at private parties and at a local pub in Wiltshire.


In a recent TV interview, Prince Harry warned social media is ‘more addictive than drugs and alcohol’ and ‘more dangerous,’ – he should know! in another position of privilege and protection – during his drug-fuelled youth, the British press protected him and kept the shocking revelations out of the papers! 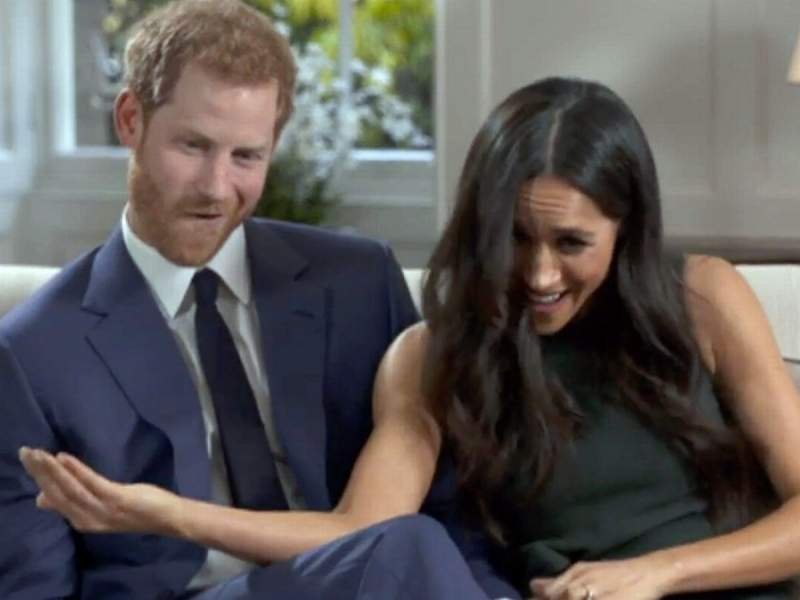 Marriage with Meghan – is it working?

An unhappy Prince Harry reportedly suggested there were issues in his marriage at a private dinner party just weeks before he and Meghan left the UK for their six-week break. Despite the night being held in support of one of his favourite charities, a few guests claimed Harry was in a foul mood, according to reports. Over the years the Royal Family has not been exempt from a scandal or two, maybe another one lurks on the horizon?

Her Majesty was “not pleased”

Sources close to the Queen have said that she was privately devastated by Prince Harry and Meghan’s decision to stand down. It was a genuine shock when Harry and Meghan announced the news via Instagram. Soon after, the news was broken to royal correspondents via an email from the Buckingham Palace press office. A poll suggested that the Sussexes’ ratings plummeted on hearing the news of their departure from the royal family, they just weren’t that popular after that!

The speech that sparked outrage

The couple enraged royalists further as they declared we must acknowledge the Commonwealth’s “uncomfortable” past as they spoke out about equality, with Piers claiming that the comments will spark a “political fight” with Harry’s grandmother, the Queen.

Piers moaned during the broadcast: “I’m trying to be fair, but honestly the idea of these two in their Hollywood mansion continuing to lecture the world about how things should be and this sort of irony, saying: ‘It’s time to be uncomfortable.’

“They’re the most comfortable people in the world!”

Brendan O’Neill, the editor of Spiked Online, jumped on the ‘Sussex bashing bandwagon’ recently and said: “What we have here is too painfully privileged actual royals, a Duke and Duchess. We have them lecturing the rest of us about our supposed privilege. They are lecturing the rest of us to look into our souls and expel all the racism. Meghan and Harry are lecturing us on history which most of us having nothing to do with.”

Harry the Nazi-BLM contradiction and hypocrisy!

Prince Harry apologised for wearing a swastika armband to a friend’s fancy dress party. Clarence House swiftly issued a statement in response to a photograph published on the front page of the Sun newspaper in 2005 under the headline, ‘Harry the Nazi.’ This time however the tabloids had a field day.

The Board of Deputies of British Jews said the costume was in “bad taste.” “It was clearly in bad taste, especially in the run-up to holocaust memorial day on the 27th of this month, in which the Royal Family will be taking a leading role in commemorating.” The picture was taken at the weekend at a friend’s birthday party in Wiltshire, which had the fancy dress theme “colonial and native.” So much then for the BLM movement – he is just so full of it !!

Harry had said: “Our hope was to continue serving the Queen, the commonwealth, and my military associations, but without public funding. Unfortunately, that wasn’t possible.”

Harry recently spoke at JPMorgan Chase’s Alternative Investment Summit in Miami and spoke about the impact his mother’s death when he was aged just 12 had on him, including the therapy he’d had since. It was one of Harry and Meghan’s first public appearances since stepping down as senior royals, and there is speculation they were paid handsomely for their time, Piers couldn’t let that one go!…

“By commercially exploiting his mother’s death to make vast pots of money like this, Harry is surely behaving in exactly the same way he professes to despise from the media?” Piers has frequently targeted the couple, in particular Meghan, who he accuses of dumping him as a friend after getting together with Harry.

Do we feel sorry for Harry – is he a wimp?

“No, I do not. He was a soldier in the British army but he has proved it was all bravado. He has shown himself to be a wimp when it came to teaching his wife about what the British people expect from the royals. They have refused to take expert advice. For a soldier, he has allowed his wife to be disrespectful towards the Queen and therefore aided and abetted her and also towards the people. Their behaviour threatens the monarchy and the Queen clearly is worried about what will happen when she passes away. I know she has given certain instructions to William concerning them. The Queen has finally got the measure of her. No, I have no sympathy for Harry. He won’t come back to the fold and he has enough sympathy for himself.”

Prince Harry’s net worth is at least €25 million, which is made up of an inheritance from Princess Diana and an annual allowance from Prince Charles so he is hardly broke then! Markle, a former TV actress, apparently has a net worth of around €5 million as of Jan 19, 2020, making her poor in comparison! mmm, I wonder if they share?

Queen Elizabeth stripped (rightly in my opinion) Harry and Meghan of their formal royal titles which now prevents them from using the ‘royal’ brand for commercial purposes, that was a serious blow for the pair who were expecting to cash in on the Sussex brand, although Royal commentator, Richard Fitzwilliams said the couple were still entitled to use the crown because Harry was the son of the heir apparent, that comment obviously fell on deaf ears too!

British tabloids were ruthless to Meghan Markle – now she fights back!

Thoroughly Modern Royals: The Real World Of Harry And Meghan, has sparked concern among the Royal Family, set for release on August 11, the book looks likely to push both families apart even further with an explosion of ‘startling exposes’ promised by the two experienced biographers commissioned to write it.