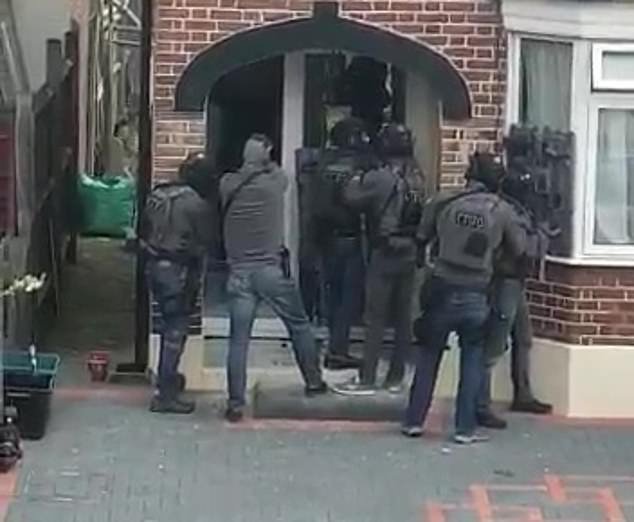 Synchronised Joint operations in East London and Leicestershire ended in the capture of suspected terrorists plotting to maim and kill in mainland Britain.

FOUR men in total were arrested on suspicion of plotting terrorist attacks after armed police stormed into an east London property using a chainsaw to cut through the entrance, gun-toting officers burst into a house on Ilfracombe Gardens in Goodmayes, Redbridge, shortly afterwards a man was dragged out and handcuffed. A man, 27, was arrested at an address in east London with the help of armed officers. Two men, 31 and 17, were also arrested at a nearby property by armed officers

In a separate sting operation, a 32-year-old was arrested by counter-terrorism police in Leicestershire which is currently under lockdown. Another officer was spotted watching the house through the scope of what appears to be a mounted sniper.

Scotland Yard said the heavy police operation in Goodmayes related to an ongoing anti-terror investigation which today saw four people arrested in both the capital and Leicestershire. Witnesses said they heard gunshots, but the Metropolitan Police said no shots were fired during today’s raids.