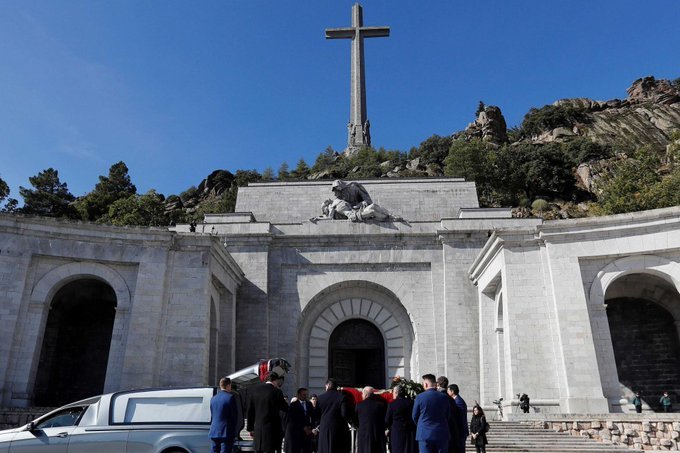 The Supreme Court in Spain has rejected appeals against the exhumation of dictator Francisco Franco last September after the act was challenged by the Franco Foundation, The Association in Defence of the Valley of the Fallen, and the Benedictine Community.

This Tuesday, the Court has definitively resolved the issue by dismissing the appeals against the Government’s decision that allowed the removal of the dictator’s remains from the basilica of Cuelgamuros in the Valley of the Fallen.

In the last letter sent to the High Court, last June, the Franco Foundation requested the Court to correct its “serious error” and order that Franco be reburied in the Valley of the Fallen, something that was rejected by the Supreme Court, who backed the government’s decision made in February 2019 to exhume the body and the subsequent decision made in March to rebury the dictator in the cemetery of Mingorrubio, in El Pardo (Madrid).

The ruling has been communicated to all parties and the legal bases of the decision will be known in the coming days, as reported on Tuesday by the Supreme Court itself.