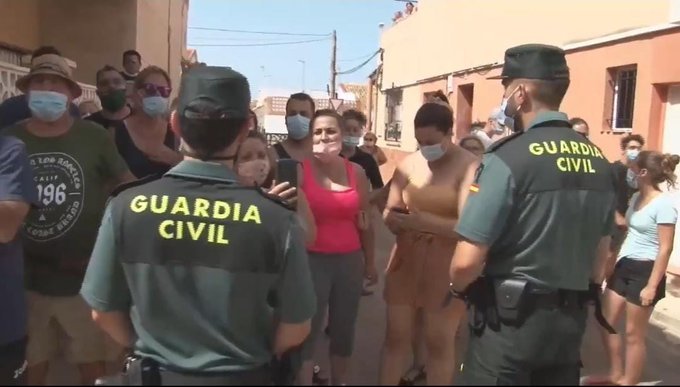 Six Algerian migrants, who had tested negative for coronavirus, were forced to leave their quarantined homes in Cartagena, Murcia, after local pressure to “stop” the spread of the disease.

Residents of Los Nietos (Cartagena) shouted “racist” insults at the six immigrants of Algerian origin who arrived in the town last night to remain in quarantine after reaching the Port of Cartagena last weekend by boat.

The incident took place while the migrants were being transferred by bus to another centre in the region due to pressure from some residents, who claimed they were afraid of the risk of infection, posed by the presence of the six young migrants.

The president of the Los Nietos Neighbourhood Association, Nani Vergara, has tried to justify the behaviour, arguing that the pressure put on the migrants to leave, has nothing to do with racist motives, but with the fear that “they could put the lives of the town’s residents at risk”, despite the Algerians testing negative for COVID-19 upon their arrival in the country.

However, Diego Mendoza, the regional coordinator from the Izquierda Unida-Verdes party, condemns the “xenophobic attitude” of the residents of Los Nietos.  “We assume that they do not act in the same way when it comes to foreigners from other countries in the north of our continent”, he said.