Popular TV host Dermot O’Leary has announced he has welcomed a baby boy with his TV producer wife Dee Koppang.

The TV star, 47, shared the news on Instagram, posting a photo of a babygrow bearing the words Koppang O’Leary Productions Est. 2020, as well as a toy bunny.

“Welcome to the world baby Koppang O’Leary… We’re delighted to announce that we’ve had a baby!

“Enjoying the cuddles in the newborn bubble… cats yet to be 100% convinced. Lots of love, Dermot & Dee.” 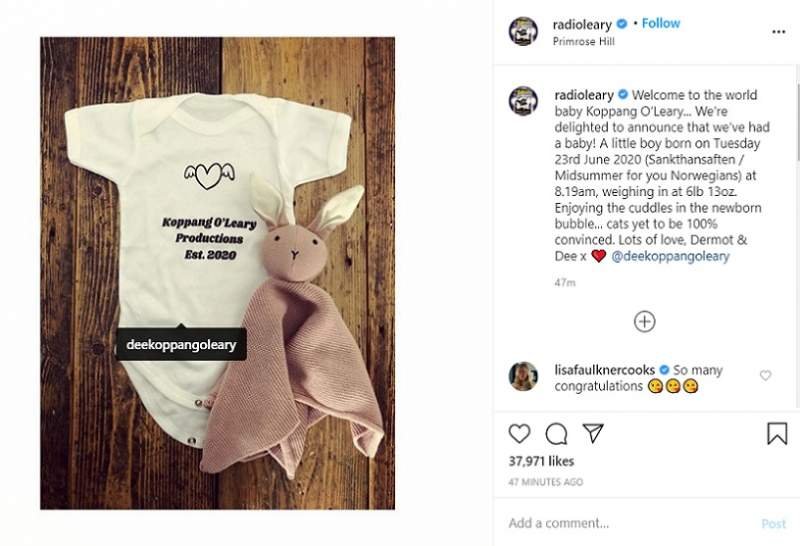 The new parents are yet to reveal their son’s name, but for the moment they’re calling him after his double-barrelled surname, Koppang O’Leary. Dermot and Dee announced they were expecting their first child in an Instagram post back in February.


Dee debuted her baby bump for the first time at the British Academy Film Awards 2020 Nominees’ Party in February, since then, the private couple have shared rare glimpses of Dee’s pregnancy during the lockdown.

In April, the Norwegian producer and director showcased her growing baby bump as she revealed she had to do Dermot’s hair and make-up for the One World Together highlights show.