Megastar Justin Bieber is taking action after two social media users accused him of sexual assault in 2014 and 2015 respectively – he strenuously denies both allegations.

BIEBER, 26, has reportedly filed a massive lawsuit against the two for defamation over what he calls “malicious” claims, suing for a total of €20 million – €10 million for each of the accusers, the singer has “indisputable documentary evidence” that proves the accusations to be “outrageous, fabricated lies.”

Bieber’s claim against both accusers – named Danielle and Kadi – is that they “fraudulently schemed to seek attention and fame by maliciously posting despicable, blatantly false, fabricated, defamatory accusations that Justin Bieber engaged in sexual assault.”

The suit also claims that “it is abundantly clear that these two individuals are trying to capitalise on the climate of fear permeating the entertainment industry.”

Bieber tweeted “proof” that he could not have been at the hotel in the allegation… and wrote:

“On March 10 Selena left for work and I stayed at the Westin as the receipts clearly showed with my friends Nick and John before I left town. Once again not at the Four Seasons. We booked it for a couple of days to stay for the Def Jam show but I bailed on the 11th to head back home.” 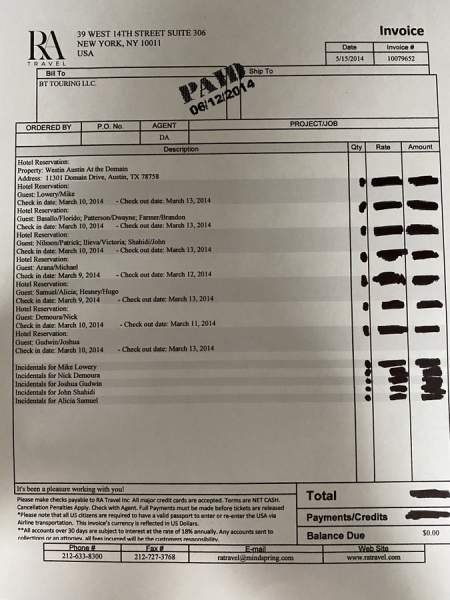 Twitter user Danielle alleged she was assaulted by the singer in Austin, Texas, on March 9, 2014, in a hotel room at the Four Seasons, following his impromptu performance at SXSW festival.


Check back for updates on this story.