the art of publishing
More
Home News Qantas to cut 6,000 jobs as airline braces for several years of...

Australian Flag Carrier Qantas has announced job cuts of 6,000 staff and plans to keep 15,000 more workers on extended furloughs in a bid to survive the coronavirus pandemic.

THE company announced plans to reduce costs by billions of dollars and raise fresh capital, including the grounding of 100 planes for a year or more and immediately retiring its six remaining Boeing 747 planes.

Chief executive Alan Joyce said the airline has to become smaller as it braces for several years of much lower revenues, and furloughed workers faced a long interruption to their airline careers. 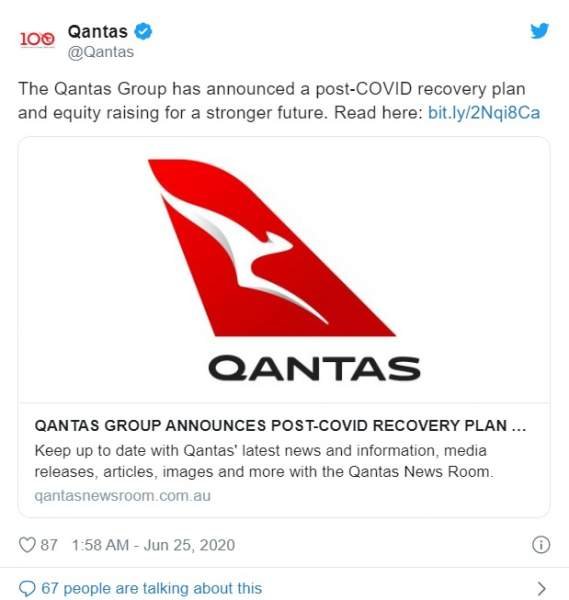 Alan Joyce: “The actions that we’re taking will have a huge impact on thousands of our people.

“This is something that weighs very heavily on all of us.


“This is something that we don’t make a decision on very easily. But the collapse of billions of dollars in revenue leaves us with little choice if we are to save as many jobs as possible longer term.”

Australian Prime Minister Scott Morrison expressed deep regret about the cuts, saying Qantas employees were passionate about the company but defended the “extraordinary” efforts of the airline amid a global pandemic.

“I extend my deepest regrets (to the employees) over what has had to be announced today,” Mr Morrison told a press conference this morning.
He said while the job losses were deeply upsetting, the employees “understand that ultimately when you can’t put planes in the air, then you can’t make money.”

Manchester United and Liverpool are both in talks to form a £4.6 Billion European Premier League