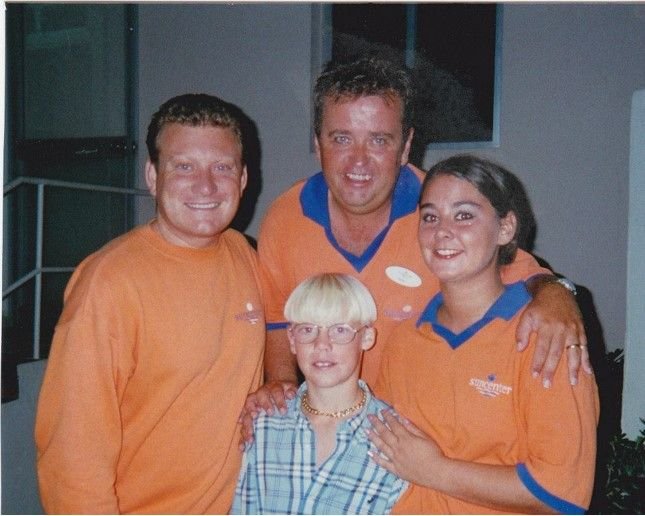 It was March 1997. I was sat in my chalet at the holiday camp where I was Entertainment Manager in the north of England.

It was dark and the rain was teeming down, the wind howling past my window. I had worked for Pontin’s since I was 15 years old. When I put my blue coat jacket on for the first time, my childhood dream came true. I loved my job. Now, after 19 years, I was fed up. The prospect of another season filled me with dread. I had just returned from two weeks in Tenerife on holiday. After years of hard work, I had finally had enough. The winters were cold and lonely. I decided, that night, that I had to get out of the UK once and for all. There had to be something better.

I loved my holidays in Spain and decided that, in the morning, I would start to do something about it. I awoke to dark skies and piddling rain that doesn’t give in until you are sopping wet. I made my way through the closed camp to the offices. My friend Phil was chatting on the phone. He was talking to a mutual friend. Our friend had just taken over as head of entertainment for Airtours holidays. I grabbed the phone and begged him to give me a job. “Get me out of here!” I said. He didn’t believe that I would leave Pontin’s as it ran through my blood, but nevertheless he came to see me that weekend and offered me a massive hotel in Mallorca.

Four weeks later I was there and I never looked back. Not once have I thought of moving back to the UK. People often say how lucky we are to be living in Spain. I don’t put it down to luck. I put it down to getting on a plane and not going back. If that phone call hadn’t have happened, I would have been here anyway. It isn’t that complicated to do. If you dream of living here, do it! Don’t look for reasons why you shouldn’t. Get those bags packed and move that backside and start living the life that you dream of living. If you don’t like it, you can always go back, but I bet you don’t! Just because you have made your bed, it doesn’t mean you have to lie in it forever