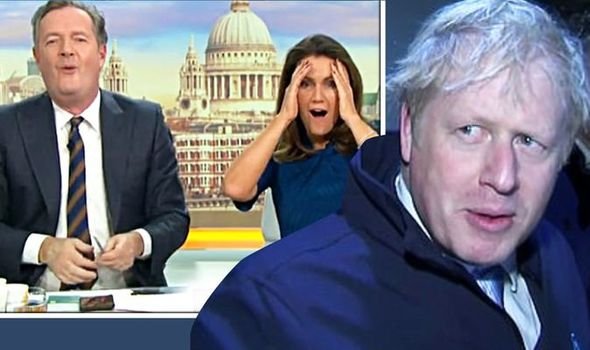 Piers Morgan lashed out at Boris Johnson on Good Morning Britain today over his response to footballer Marcus Rashford’s campaign to ensure free school meals are issued to underprivileged during the summer holidays.

Piers lashed out at Mr Johnson this morning over his response to footballer Marcus Rashford’s campaign to ensure free school meals are issued to underprivileged children during the summer holidays.

Manchester United star Marcus, 22, wrote an emotional letter to MPs pleading them to “protect the vulnerable children” by offering meal vouchers during the upcoming summer half term.

The footballer’s pleas were originally rejected by the government, however, the cabinet made a U-turn during the daily briefing yesterday.


Mr. Johnson claimed that he only became aware of the campaign yesterday during the televised press conference.

He said: “I thank him for what he’s done and I think he’s right to draw attention to the issue.”


Responding to the clip, Piers said: “Yeah but you didn’t, did you, prime minister? That’s a complete lie.

“Did you forget? That Grant Shapps was wheeled out to defend your policy of not giving kids these free meals?”

Susanna added: “That you couldn’t give kids these meals because tough choices had to be made?”