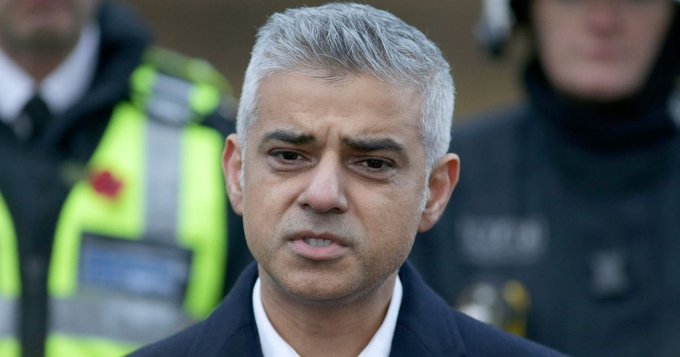 Sadiq Khan today declared he is slashing his pay by 10 per cent as he warned coronavirus has caused a £500million hole in London‘s finances.

The mayor is reducing his salary by more than £15,000 as he threatened cuts to police, fire services and the Tube unless the government bails the capital out.

Mr Khan has been heavily criticised for slow progress in getting transport services in the capital to full levels, with images of workers packed in to carriages.

But he said the GLA, in common with other authorities across the country, faces a £493million budget shortfall over the next two years, due to loss of business rates and council tax income from coronavirus.

There have also been costs to ‘support Londoners during the pandemic’, he insisted.

Mr Khan is currently paid £152,000 a year, and his decision to take a cut could heap pressure on ministers to follow suit.

Covid-19 has had a devastating impact on London’s public finances which were in great shape before the pandemic. TfL’s fares income has dropped by more than 90 per cent and local business rates and council tax income has fallen off a cliff..

“I didn’t enter politics to administer government austerity, and I will do everything in my power to persuade ministers not to force another era of austerity on local and regional government”.

“Whatever happens I will protect the frontline services that Londoners depend on as much as possible – and it’s only right that I should volunteer for an immediate pay cut in these extremely difficult circumstances and continue not to take any pension contribution”s.