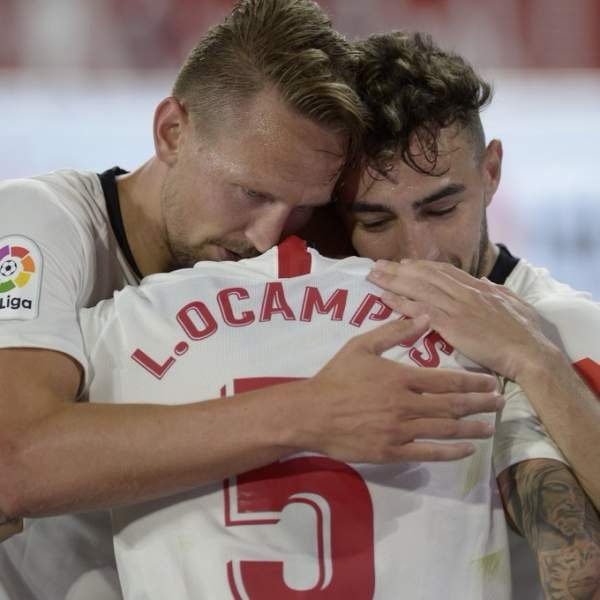 It was back to business as usual with goal celebrations, shoves and scuffles on La Liga’s second day of play after the long lockdown in Spain.

However, players have been criticised for not following the new norm of social distancing urged by authorities during water breaks or when leaving the pitch.

Everything inside the touchlines of the handful of games that have been played since La Liga returned last Wednesday, looks the same. Players are celebrating goals with hugs and using shoves and scuffles with dirty tactics.

However, off the pitch, it is a very different story indeed. La Liga organisers have gone to huge lengths to bring games back safely after lockdown with appropriate measures in place.

That can be seen by medics wearing facemasks attending to players’ injuries, reserve players and coaches sitting at a distance on the benches and ball boys disinfecting balls every time they are kicked outside the touch lines.

However, La Liga is now finding its attempts frustrated by players seemingly flouting the new rules.