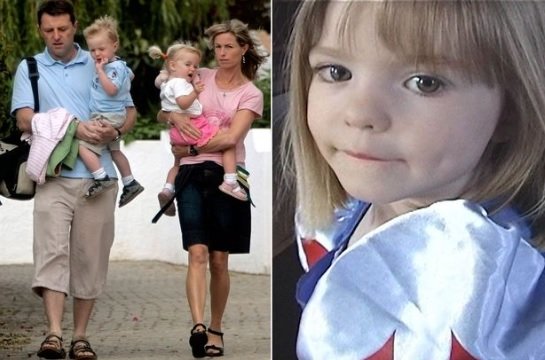 Police are appealing for the public’s help in solving the Madeleine McCann case after they announced a jailed child sex offender was the new suspect.

A spokesman for the family added that her parents Kate and Gerry McCann have never given up hope she may be found alive but they are “realistic.”

The 43-year-old German man, who has not been named, is currently serving a prison sentence and is believed to have been in the area where Madeleine was last seen when she disappeared in Portugal 13 years ago.

“Someone out there knows a lot more than they’re letting on,” said the officer leading the Met Police inquiry.

The suspect has been described as white with short blonde hair and about 6ft tall with a slim build at the time. The German national is known to have been in and around the area on the Algarve coast at the time Madeleine went missing shortly before her fourth birthday.


Prosecutors in Germany have already begun building a strong case against the main suspect in the Madeleine McCann case, a drifter with a record of burglary and offences against young girls.

The man, now 43, had been living a ‘transient’ life in a camper van, and working in and around Praia da Luz at the time of Madeleine’s disappearance from a holiday flat in the Algarve resort on May 3, 2007. Christian Hoppe, director of the National Crime Agency, said German police believed they had almost enough evidence to charge him with Madeleine’s abduction and murder. 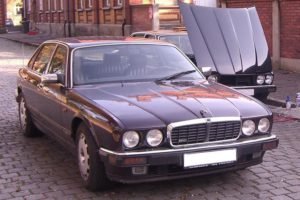 Two vehicles – a Volkswagen camper van and a Jaguar – linked to the suspect are in the possession of German police. British police said the Jaguar was believed to be in the Praia da Luz area in 2006 and 2007.

They said it was originally registered in the suspect’s name, but registered to someone else in Germany the day after Madeleine’s disappearance. The van was used in and around the same area from at least April 2007 until some time after May 2007.

Police released photos of the two vehicles for the first time today and appealed for anyone who “saw these cars together or individually during the spring and summer of 2007” to come forward.