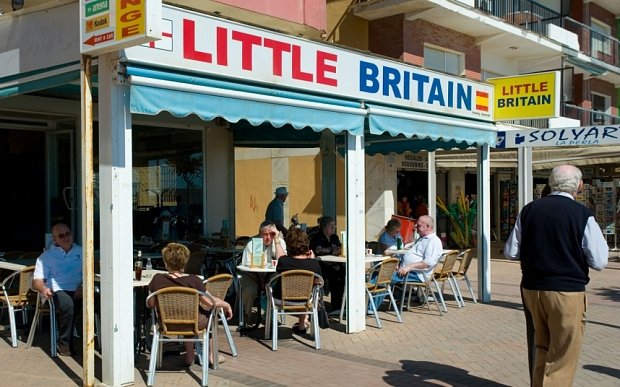 EXPATS have been moaning and complaining about the 3 phase system on Spain’s Costa del Sol with some wishing to stay in Phase 1 whilst others don’t believe in the phases at all, but it has brought a strong response from fellow Brits.

Gary Jenkins wrote into the Euro Weekly News and said:

“All I’ll say to them is don’t rush to come back to the UK. Everyone’s ignoring the lockdown, the rules are open to all kinds of interpretations, and there’s one set for the government and one for the people. We’re in so much debt its untrue but because people have been paid 80 per cent to have a beer up and a long holiday it’s been all good. They’re all deluded. Wait until the second wave, it’s raining, nobody’s got a job, the government has run out of money and Christmas is upon us. They’ll wish they’d have social distances and stayed indoors then.”

Jane Jones called them idiots as she wrote “If you don’t like it, go back to the UK and do what you want and then wonder why there is a second wave. Idiots.”

John Lewis thinks it’s all about age and he said “I think we have an ageing population of expats and feel it wise if they feel vulnerable to stay indoors, however those of us who feel it’s time to move on with caution then we should… this ageing expat also needs to move on.”

Hattie said “Why are the British so negative about Spain? For all I know there are more dead in the UK than in Spain. So who knows best?? Not Boris, that’s for sure.”

Although Chris Wallace was in agreement as he said “Regarding your article about expats (British immigrants) not wanting to go to Phase two of lockdown. I for one would totally agree with them as just going to the supermarket is a vile experience… it’s like a scene from a futuristic horror movie when people just stare at you and for hay fever sufferers like me are scared to death to sneeze.
However, I don’t have a pension to live on so make my living by renting our villa in the summer to tourists. Brexit was bad enough, but the virus has all but finished us off. All I’m trying to say is that for those with pension incomes are lucky, but for the self employed like us it’s a catastrophic disaster. Hopefully some good might come out of it, who knows.”