A COUPLE of scuba divers are in trouble after the Guardia Civil caught them illegally netting octopuses on Roquetas de Mar’s Las Salinas beach.

Guardia officers had spotted the two divers out in the water. They watched them come out the sea and take off their wetsuits, then go back in and bring out two large baskets full of recently caught octopus and load them into a vehicle.

The officers proceeded to identify the divers and inspect the catch.

It turned out they had in violation of fishing laws captured 25 octopus, five of them immature, and adding up to 30 kilos in total. 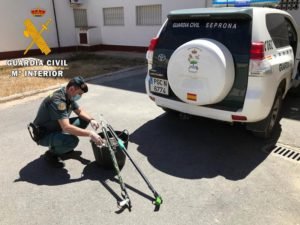