the art of publishing
More
Home News Costa Blanca North Holidaymakers to the Costa del Sol and Costa Blanca given lifeline under...

British holidaymakers may be able to travel abroad this summer under government plans to create so-called ‘air bridges’ with Spain.

THE tourist season on Spain’s Costa del Sol and Costa Blanca has just been given a much-needed boost on the news that the UK government is proposing plans to introduce what terms as an ‘Air-Bridge’ between the two countries.

The proposal between the UK and nations where the outbreak is under control was backed by Transport Secretary Grant Shapps on Monday, this coincides with the news this week that the government was reportedly expected to announce a 14-day quarantine period for international arrivals in the UK. 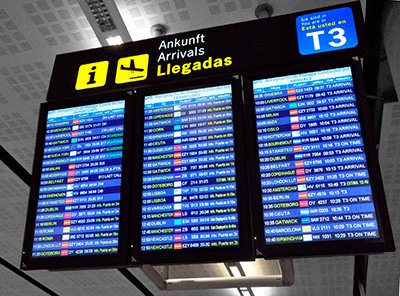 It was feared by Spanish tourism chiefs initially that this would end hopes of travel abroad this summer, but the possibility was given hope as UK minister Mr Shapps approved of the ‘air bridges’ idea floated by senior Tory MP Huw Merriman.

The transport secretary was asked if he would consider allowing those entering the UK from countries where the infection rate is below the rate of one to not be subject to quarantine. “This will boost confidence in aviation travel and target safety where it’s most needed,” Mr Marriman said.

Mr Shapps insisted quarantine measures from early June will be a “blanket situation” for other countries initially but could be then eased for those with low Covid-19 infection rates.