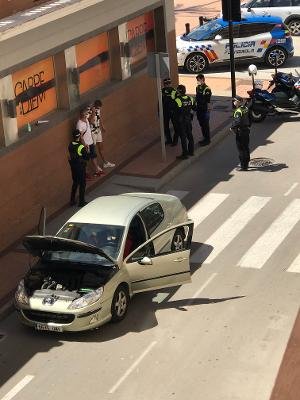 The police in Spain’s Fuengirola on the Costa Del Sol are stepping up patrols and roadblocks to catch out visitors to the area breaching the State of Alarm regulations.

THE State of Alarm regulations clearly state that moving between provinces is outlawed and whilst many are now observing the laws some still aren’t and they are being arrested and taken to the police station in a police van as zero tolerance is applied.

With today being the end of a holiday weekend after May Day, cops are setting traps to catch those attempting to return home to areas where they normally live.

All camper type vans are being pulled aside as an obvious sign of a traveller heading home, and so far witnesses have watched six camper van owners with families on board taken away to the police station in a van whilst the Grua comes and collects the camper van and we presume to the pound.

Patrols are working in numbers as they pull aside every vehicle for a road side check to determine where the driver lives.


No stones are being left unturned as police check every little detail as masked suspects are pulled aside to the street from their cars and camper vans.

Whilst cars under suspicion are being fully stripped apart for inspection.

The patrols and road blocks are moving around the town with police outwitting drivers by suspecting back roads out of the area and targeting them as well as main artery roads.

Whilst the roads are blocked off officers line the streets for ID checks. 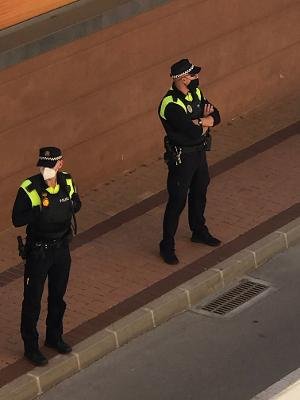 The road blocks are also being advised from the air as the police helicopter radios below of potential suspects that need pulling in.

Eyewitness to the latest events in Fuengirola who supplied the photos as the action took place, Chris Maunder, told the Euro Weekly News “It’s like something you see out the movies, but fair play to the cops they are nailing loads that shouldn’t be here, I spoke to the police from my balcony and they advised us everything was fine as well as our neighbours but they were catching and checking for people out of the area, at times they waved up to the kids to give them assurance which was a nice touch.

“I’ve watched six caught for sure so far – five were in camper vans and motorhomes who obviously stood out like a sore thumb.”