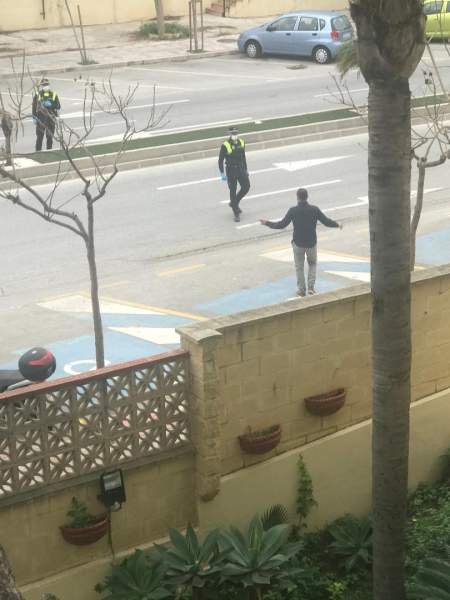 THE police force are out in force today making mass arrests rather than just presenting on the spot fines on flouters.

Being Easter Sunday, there is no reason at all to be on streets under the State of Alarm regulations and the police are reacting with arrests with regulation breakers being taken straight to the police station.

The police are taking everyone out of their cars for body searches whilst others search the cars with a detailed search before taking the flouters off in arranged police cars.

It’s not just drivers either, walkers without a very good reason are being apprehended and taken away.


The police around towns such as Fuengirola are completely blocking the roads and taking prisoners, in one road block alone in Fuengirola we counted 14 taken off in police cars and vans.

The message from the police is simple if you are out, you will be missing your Easter Sunday lunch and sitting in a police cell.


It’s a stark warning to everyone on the Costa del Sol that if you go out today you are likely to be arrested, tt’s as simple as that.

A policeman told the Euro Weekly News from a distance: “Zero tolerance policy today, there’s no reason for anyone to be out unless it’s an emergency, if you go out and flout, you will be taken in and charged for breaking the State of Alarm regulations, your car will be impounded and that too will bring you a heavy financial cost to get it back.”