the art of publishing
More
Home News Costa del Sol Fantastic news for Spain’s Malaga Province as for the first time since...

THE most encouraging news is that the confinement of thousands of residents is finally beginning to pay off. For the first time in the province of Malaga, there are more people cured in one day than infected. Furthermore, there has only been one new admission to the ICU.

The total affected amounts to 1932, which is only 16 more than on Monday and the number of cured patients increases by 31, going from 258 to 289. This data shows that while the newly infected cases grow by a low 0.83 per cent, the cured people do so by a greater 12.01 per cent.

The rate of new infections indicates that the pandemic is slowing down. In the statistics released by the Ministry and the Andalucian government, there is another astonishing fact, only one patient has been admitted to an ICU. 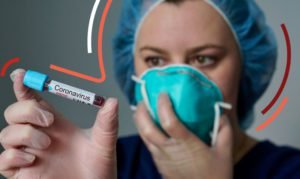 Taking into account that the collapse of the Intensive Care Units has been one of the biggest worries throughout this health crisis, this figure gives a breath of fresh air to hospitals, health workers and the population.

In Andalucía, the trend towards a slowing down in infections in recent days continues. The pandemic is by no means over as new infections continue to be produced but at a significantly slower rate.


Regarding this Monday, when 280 new cases were recorded, it represents a reduction of almost 100. Since Saturday, when 495 affected were registered, this Tuesday is the fourth consecutive day of decrease in the rate of infections.