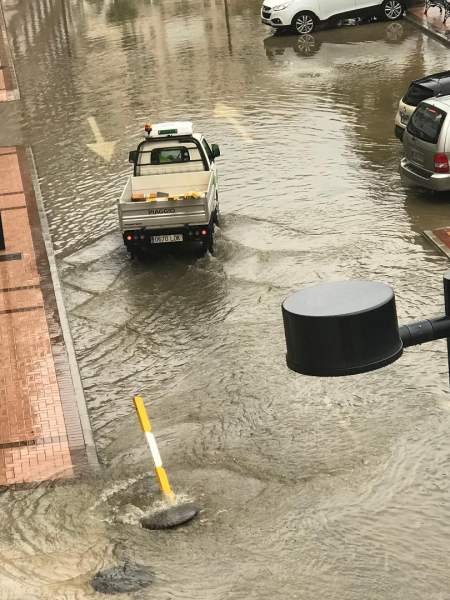 The rain is lashing down on the Costa del Sol this morning as roads quickly start to flood.

Water pumping units have been deployed to many streets as the breathe masked operators fight the battle against the heavy waters.

Cars are getting stranded as they go through the flooded roads. 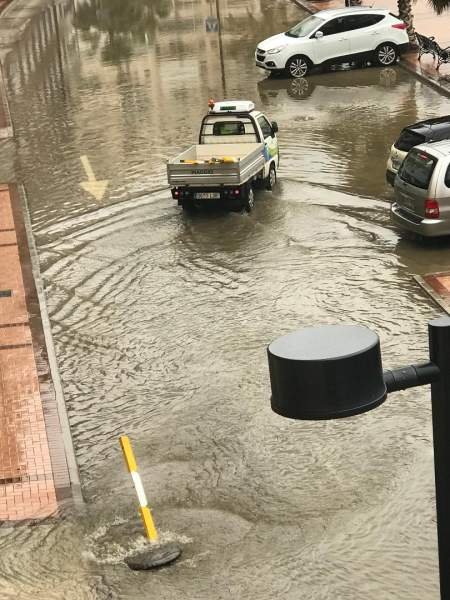 The emergency services are on full alert as torrential rain is forecast continuously for over the next 24 hours and dry river beds are filling fast and more storms and rain are predicted.

According to one of the emergency water workers currently pumping out the roads he told the Euro Weekly News “We have been on standby all morning knowing this storm was going to hit, we advise everybody to stay off the roads as more flooding is expected, we’ve already been to one road where parked cars started to get flooded and started to move due to deep water, people if possible should put their cars undercover or in garages especially those on steep hills as the river banks could possibly burst over the weekend.”

“There’s going to be a heavy amount of further rain, I’m following the storm closely and with low winds its expected to hang over the Costa del Sol for I would predict at least 60 hours with the odd let up in rain.”

With street disinfecting planned for next week the rain could hamper the street “clean down” planned.

Although bar owner Mark Sutherland of the Luna bar of Fuengirola who’s watching the flood situation closely said: “Aye I’m keeping an eye on the floods as the last thing I need right now is my bar getting flooded, but I am thinking will this rain help battle the virus and could be a blessing from above.”