Vandals and arsonists struck in Valencia last night despite heavy patrols on the street of police enforcing lock down conditions.

A large statue prepared for an upcoming festival that couldn’t be finished, so remained headless was torched having to call out firefighters from several stations.

The statue was made for the now cancelled Las Fallas festival, the grandest celebration of the Valencian community.

The statue was in two parts on the street as the head had yet to be applied as work stopped and the arsonists struck the main body part. 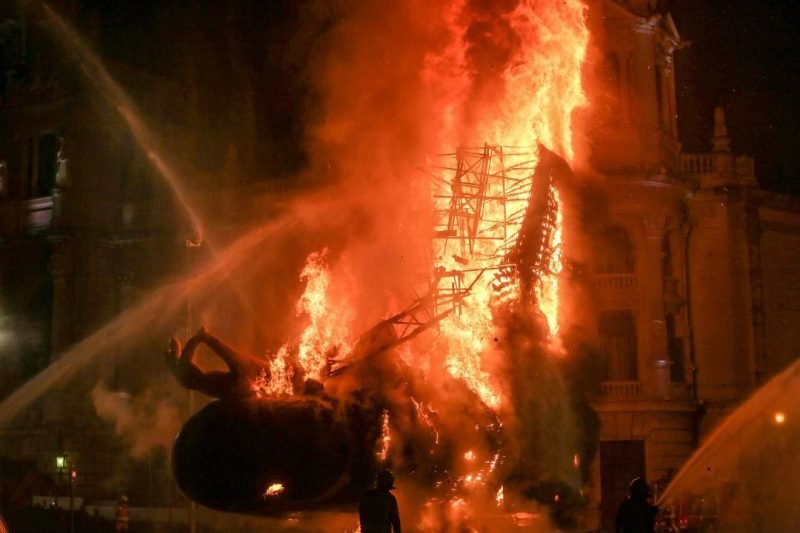 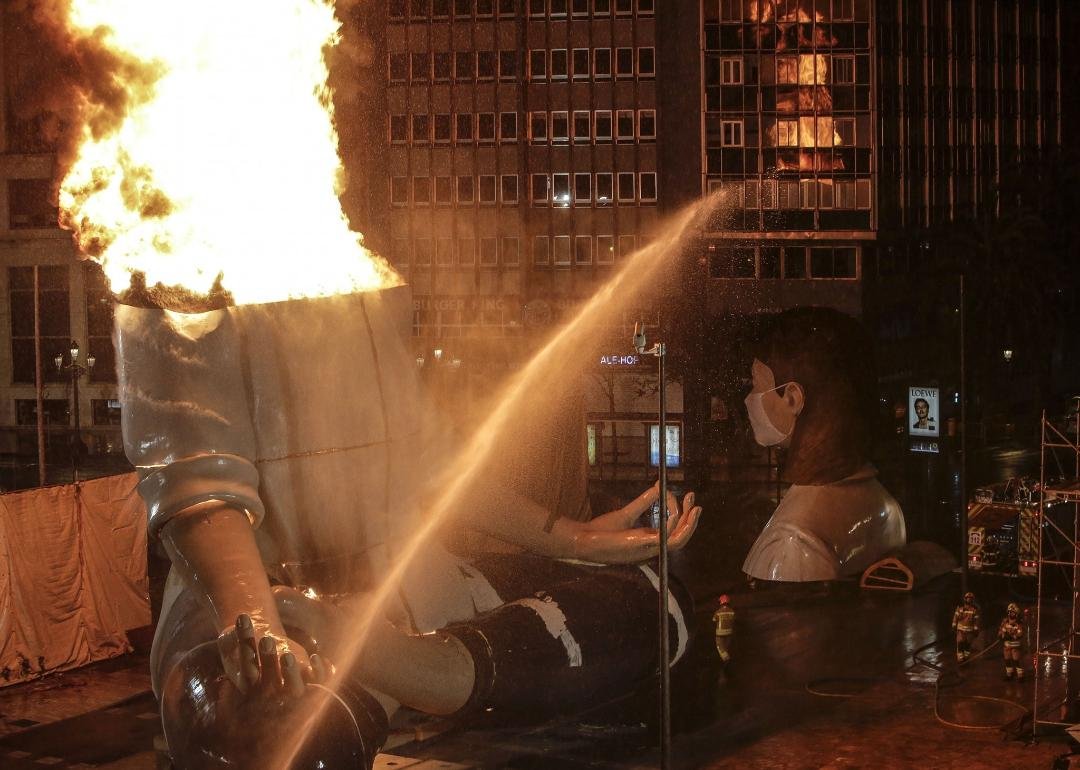 The dramatic scenes saw firefighters deployed from several stations in an attempt to get the huge fire under control, it appears arsonists had made holes in the statue filling it with inflammable materials before setting it alight. 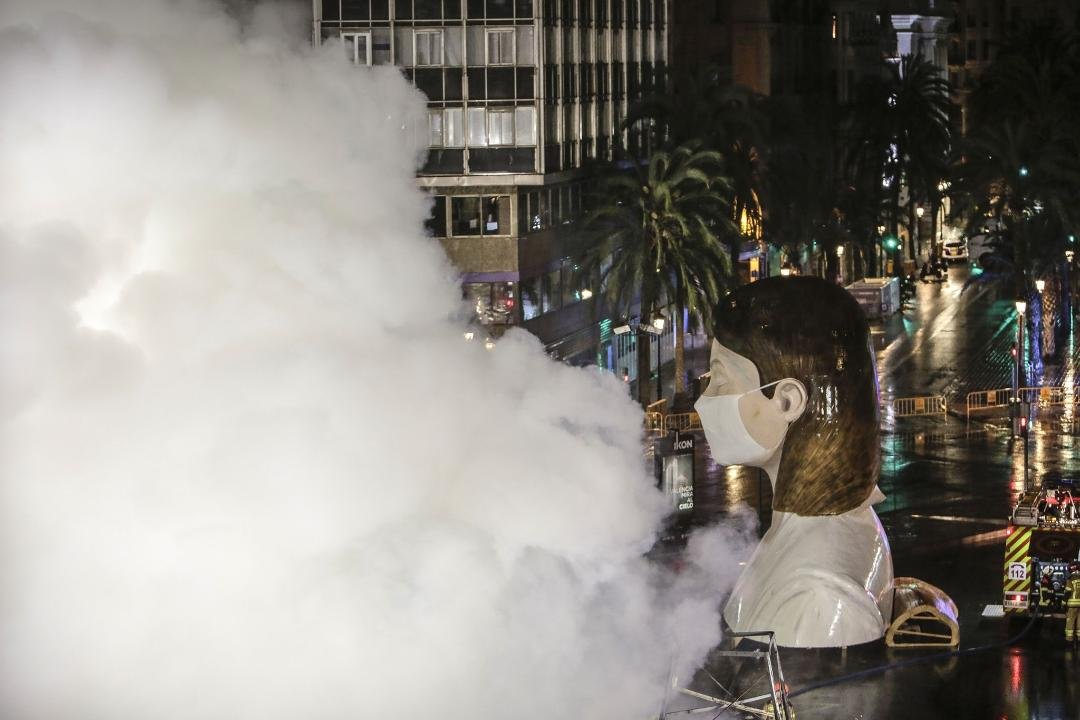 Local resident George Turvey who lives in the City had a front row seat from his apartment and he told the Euro weekly News: ” I was just watching TV when I smelt burning and as I stood up I saw a burst of flames rise, I called the emergency services but they already had many reports and fire fighters were on the scene in minutes, it took them ages to get it under control until more engines arrived, I think this is a case of civil unrest that’s brewing here”