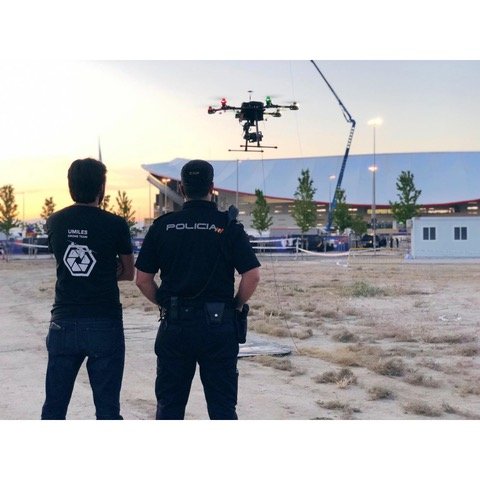 Spanish police today are using drones to watch the streets and neighborhoods and checking that people are aware of lockdown rules.

People have been wandering the streets of Spain confronted by police cars with loudspeakers warning them the health authorities recommend leaving parks and encouraging people to stay indoors.

Drones have been around for over a hundred years. On Aug. 22, 1849, after months of trial and error, Austria launched a pilot-less balloon bomb attack against Venice. The balloon did not cause much damage but it led the way for the use of drones. Later in 1915, Nikola Tesla described a fleet of unmanned aerial combat vehicles.

Police departments buy drones each year to aid in chasing down suspects. They can help crime scene investigations in a variety of ways. They can be used to collect evidence that may be difficult to reach from the ground. In this instance, they are being employed to educate the public and save lives with COVID-19.