Ministers want to give police the power to arrest people with coronavirus who are not self-isolating, the Health Secretary has confirmed. 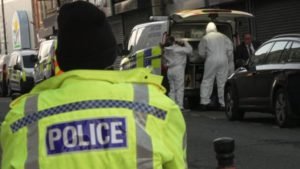 Matt Hancock said “we will stop at nothing” in tackling the Covid-19 outbreak as he detailed a series of severe measures the Government is considering.


Bars, restaurants, and shops other than supermarkets and pharmacies could be shut while over-70s will be asked in the coming weeks to stay indoors for up to four months, he said.

Mr. Hancock also confirmed a report that emergency legislation being drawn up by the Government will include allowing police the power to arrest infected citizens.

“We are going to take the powers to make sure that we can quarantine people if they are a risk to public health, yes, and that’s important,” Mr. Hancock told the Andrew Marr Show on the BBC.

“I doubt that actually we will need to use it much because people have been very responsible.”

The emergency powers will be set out on Tuesday before the legislation is outlined in a Bill due to be published on Thursday, Mr. Hancock said.

Labour’s shadow health secretary Jonathan Ashworth asked for reassurance from the Government about some of the “very stringent powers” ministers hope to introduce.

The Government was hardening its response to the disease after the death toll in the UK rose to 21  while the number of people to have tested positive for the disease reached 1,140 on Saturday.

Ministers were also considering following Scotland in banning gatherings of more than 500 people to help stem the spread of the virus and reduce the burden they heap on public services.