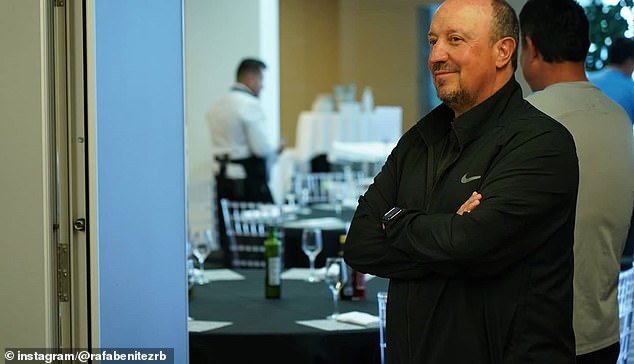 The Dalian current football manager and his full squad are still stranded in Rafa’s home nation Spain on the Costa del Sol as they are still unable to return to Dalian North China due to the coronavirus, the team themselves firstly had been in quarantine at a golf club resort just outside Spain’s prestigious Marbella but all passed the tests taken after the 14 day isolation process but now can’t fly back to Dalian our to the region still being heavily at risk of infection.

The Manager and squad came for pre season training over a month ago and should have returned after 12 days and a few games but all plans went wrong on arrival and they have been stranded ever since, they had considered though going to South Korea to mix it up a little but opted eventually to stay on the Costa del Sol instead and play table tennis daily with a little tournament or two. Aides close to Benitz told the Euro weekly News tonight ” The players are very restless at present and lets be fair they haven’t seen their families for week’s now and have been holed up in the hotel for a very long time so the gaffer has set up table tennis tournaments  which have been fun and kept the lads focused, the gaffer say’s he’s never known anything like it in all his days in football management. We don’t even know when the season will start now as its been delayed and reportedly going to be delayed again”