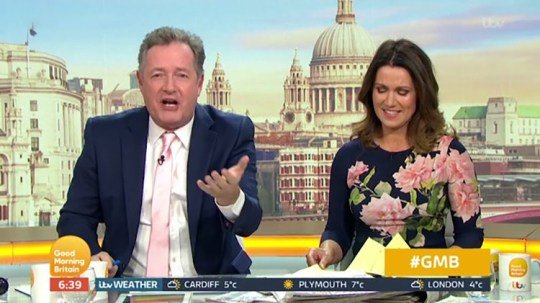 ITV has apologised for any offense caused by Piers Morgan after he mimicked the Chinese language during an episode of Good Morning Britain.

He attempted to repeat what was said in the clip, saying: “Ching chang cho jo.”

Susanna Reid immediately saw the issue with his statement, commenting “Taking the mickey out of foreign languages is rather 1970s.”

The moment caused 1,500 complaints via Ofcom, who are now assessing whether to launch a investigation – causing ITV to formally apologise.


“GMB is known for its lively and robust discussion of the news agenda and recently covered Peter Phillips’ appearance in a Chinese milk advertisement,” they said in a statement.

“The discussion was focused on whether it was appropriate for members of the Royal family to endorse products abroad in this manner, and was live and unscripted.

“ITV regrets any offence Piers’ comments may unintentionally have caused.”

The 54-year-old also stressed that he had no intention of mocking Chinese people, but was teasing ‘a member of the British royal family appearing in an advert for Chinese state milk’ instead.