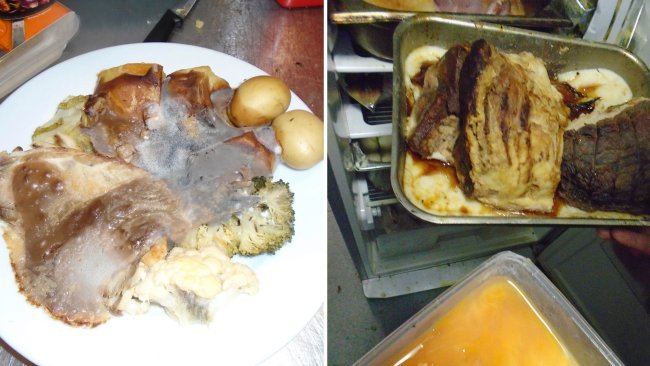 A pub near Exeter has been fined £7,000 for multiple food safety breaches.

Jane Tadman, owner of the White Hart in Cullompton, near Exeter, has been told to pay £7,000 for multiple food safety breaches.

Images show the horrifying state of the pub’s kitchen, where food was left to mould, containers went rancid and crockery was unwashed. Bins could be found overflowing and there was a high chance of cross contamination within the kitchen.

Exeter Magistrates’ Court were told how the pub failed to improve, despite food previously being taken from the establishment for analysis and testing positive for E.coli.

District judge Joanna Matson said: “The kitchen was found in a filthy condition, with mouldy, rotten and out of date food, and food taken away for analysis showed E. coli present.

“The premises were visited again by council officers and it was found the kitchen had not improved.”

Councillor Dennis Knowles, of Mid Devon District Council, said: “We’re committed to ensuring food standards remain high throughout Mid Devon to safeguard our residents and visitors, and we won’t hesitate to utilise the full range of regulatory interventions available to us when tackling high-risk, illegal or poor performing food businesses.

“Given the severity of the conditions in this particular case, both our public health and legal teams did an excellent job intervening and bringing about a closure, followed by a successful prosecution, thereby preventing any members of the public from becoming extremely ill, or worse still losing their lives.”

News
Promising motocross Champion René Hofer, the young motocross star, died on Saturday, 4 December after being buried by an avalanche in the Alps in...

Spain
Search extended for missing student in Spain’s Extremadura.The search mission for the missing med student in Extremadura’s Badajoz has been extended on Monday, December...