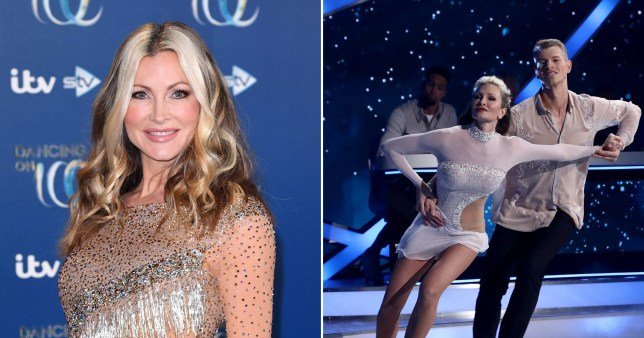 Caprice Bourret has apparently been barred from attending the final of Dancing On Ice after the model slagged off ITV.

The model had split from her first  dancing partner, Hamish Gaman, and been teamed up with Oscar Peter, but pulled out of the show altogether at the start of February.

Show insiders have since claimed that Caprice is ‘not welcome’ to attend the final, despite producers  planning to reunite all of this year’s skaters for the last show this coming Sunday.

Caprice, 48, had been an early favourite for the show, but rumoured issues within her partnership meant her performance on the ice was overshadowed by everything happening behind the scenes which apparently has led to the ban by the TV bosses.