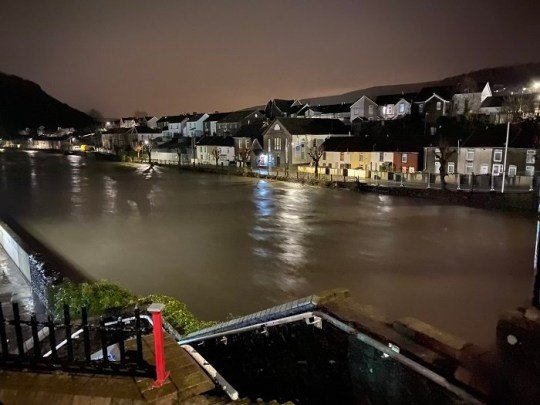 Police have declared a critical incident in South Wales after it was battered by more flooding and severe weather.

Storm Jorge inflicted heavy rain and winds of up to 60mph when it arrived in the region on Friday night. The storm caused severe travel disruption with roads and railway tracks submerged in water.

All trains between Cardiff and Swansea were halted by the weather.

Police said emergency services and local authority departments are working around the clock to minimise damage to infrastructure and property.


South Wales Fire and Rescue Service took 72 calls from trapped and scared residents between 6pm on Friday and 6am on Saturday. Areas badly hit included Pontypridd, which was also flooded two weeks ago in Storm Dennis, and the Ely area of Cardiff.

Superintendent Andy Kingdom said: “Indications are that the rain is set to stop and river levels will soon recede.


“There is still significant surface water and debris on the roads throughout the force area so we would advise people only to travel if absolutely necessary.”

There are six yellow weather warnings  for rain, wind and snow in force across the country for Saturday, stretching from Cornwall to the north of Scotland and across to Northern Ireland.