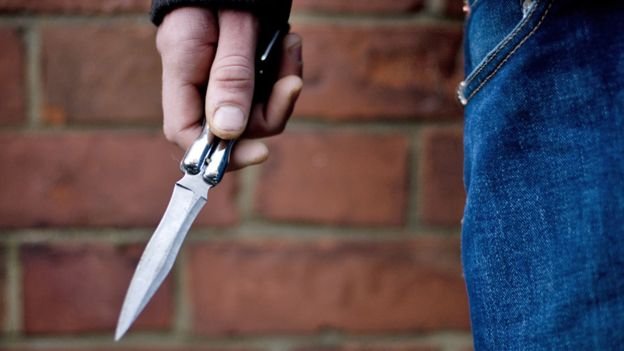 Schoolkids are being trained on how to patch up stab wounds as the UK’s knife crime epidemic deepens.

The teaching is being carried out by the Midlands Air Ambulance and they have warned there has been a ‘huge increase’ in knife attacks. Last year, they responded to an average of two stabbings a week.

Paramedics were teaching youngsters the vital first aid because they are most likely to be the first people at the scene of an attack.

Pupils will be instructed how to stem a serious bleed using a military-grade tourniquet and heavy-duty bandages.

The stab kits are available in numerous pubs and clubs in London and Birmingham. They were put in place after a campaign by Lynne Baird – whose son, Daniel, 26, was killed in 2017.

Jim Hancox, assistant air operations manager, says that sixty schools have already signed up to receive the training in the next two months.

“We know the care people get in the early minutes and seconds after being injured is crucial to their chances of having a good outcome,” he said.