the art of publishing
More
Home News Spain Queen Letizia of Spain Wows Hers Fans As She Appears In Madrid... 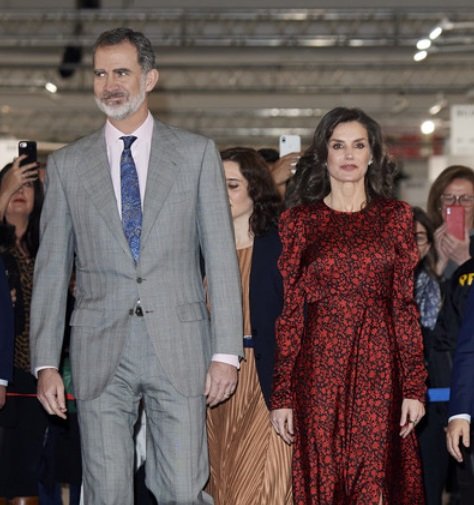 Spain’s Queen Letizia normally goes for sleek lines for royal engagements, but she  has gone for a more gentle look of a softer  curled hairstyle as she visited a contemporary art fair in Spain’s Madrid.

The Queen now  47, looks stunning as she donned the scarlet ankle-length dress for a visit to the Ifema Exhibition Centre for the opening of the annual ARCO fair.

Her brunette coils flowed into spectacular curls that flowed beautifully as she walked with elegance through the fair.

Queen Letizia stood side by side with husband King Felipe VI, 52, who wore a pale grey suit  and blue tie for the established fair.


The Queen of Spain delighted many of her fans with the new look and Euro Weekly News reader Simone Patrice who was attending the Madrid fair herself said ” Wow doesn’t she look stunning, Im loving the new look, she looks so beautiful”

Whilst Maria Leigh from Fuengirola commented: ” We have the most beautiful Queen in the world here in Spain I adore her”


The new look has certainly impressed Spain’s Royal watchers as the Queen demonstrated  her radiance and beauty.

” I have to find that dress and look at that new hair doo” said Wendy Bradshaw as she was shown the photo’s of the Queens new look.