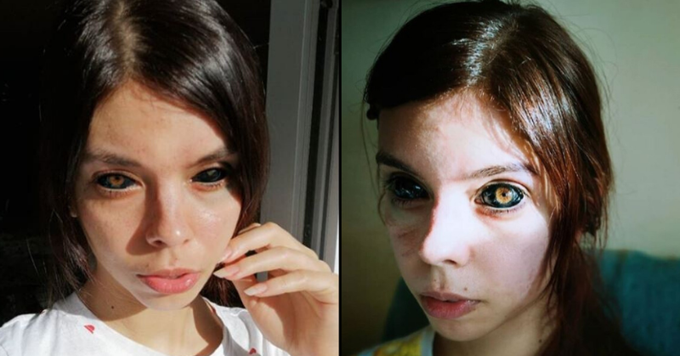 A woman in Poland has gone blind in one eye and losing sight in the other after an attempt to get her eyes tattooed black went wrong.

Aleksandra Sadowska was reportedly inspired by a rap artist called Popek, who also has their eyes tattooed black.

After undergoing the procedure, the 25-year-old complained of pain in her eyes. Despite this, the tattoo artist reassured her that this was a normal reaction. She was advised to take pain killers until it was fully healed.

Local reports claim that the tattoo artist, Piotr A from Warsaw, is in fact now facing criminal charges for allegedly using body ink commonly used for skin and unsafe for the eye.

The claims arrived after an investigation was launched, with the woman’s lawyers stating: “There is clear evidence that the tattoo artist did not know how to perform such a delicate procedure.

“And yet he decided to perform it which led to this tragedy.”

Aleksandra was told by doctors that the damage her eyes have suffered is irreparable.

Speaking to local media, she said: “Unfortunately, for now doctors do not give me much optimism for improvement. The damage is too deep and extensive. I’m afraid I will be completely blind.

“I will not lock myself in the basement and get depressed. I have sadness behind me, but I live on.”